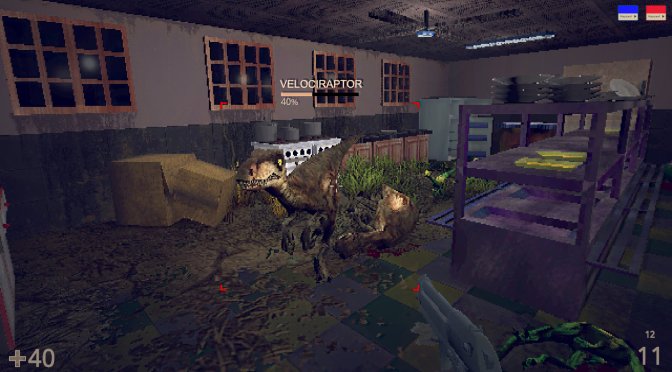 Phobia Interactive has just announced a new dinosaur FPS with PSX-style graphics, called Dino Trauma. Dino Trauma is inspired by a lot of classic games, such as Doom, Quake, Blood, Turok and Dino Crisis. And, since we’re not getting a triple-A dino game anytime soon, it seems like a must-have for all dinosaur fans.

“In three campaign episodes based on ’90s level design style mixed with current standards, players will battle through dinosaurs and prehistoric creatures out for his blood.”

The game will feature a vast arsenal of weaponry. Players will get their hands on tasers, semi-automatic pistols, submachine guns, shotguns, grenades and rocket launchers.

Dinosaur fans can also look forward to the following games. Project Ferocious is currently one of the best-looking dinosaur games. Then we have Compound Fracture, a 32-bit atmospheric dinosaur FPS. Then there is The Lost Wild, Instinction and Ark 2.

Phobia Interactive will release this game soon on Steam Early Access. Until then, enjoy its announcement trailer!