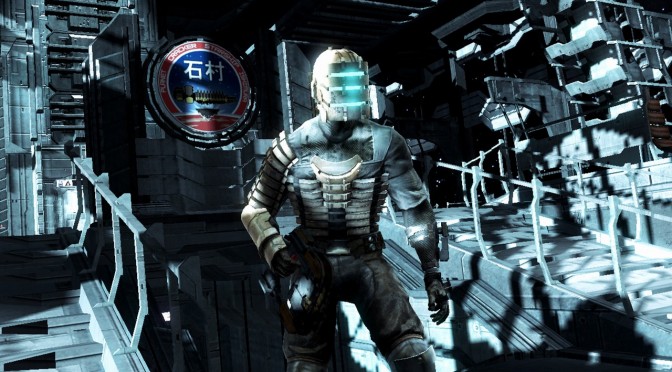 Good news for those who wanted to try Dead Space but never got a chance to, as Electronic Arts is offering the first part of the franchise for free until May 8th. All you have to do is visit Origin and download it.

In Dead Space, players step into the role of engineer Isaac Clarke – an ordinary man on a seemingly routine mission to fix the communications systems aboard a deep space mining ship. It is not long before Isaac awakes to a living nightmare when he learns that the ship’s crew has been ravaged by a vicious alien infestation. He must fight through the dead silence and darkness of deep space to stay alive.

• Strategic dismemberment — Shear off limbs with powerful weapons as you carve a bloody path through the alien hordes. Find ways to neutralize attacking enemies effectively or they’ll keep coming at you. When ammo runs low, use telekinesis to pick up objects – even the enemies’ own arms and legs! – and fire them at anything that stands in your way.
• Terror in the far reaches of space — A blood-curdling interactive horror experience features state-of-the art graphics and effects, a panic-inducing audio system, and a truly frightening atmosphere of death and despair.
• Real Zero G — Battle relentless enemies and crack challenging puzzles in unprecedented zero-gravity environments that reinvent survival horror.
• Uncover the horrific truth — Cut through the harrowing mystery to stop the alien onslaught. Discover the tragic story of the Ishimura’s downfall through the final, frantic logs of the ship’s hideously transformed crew.