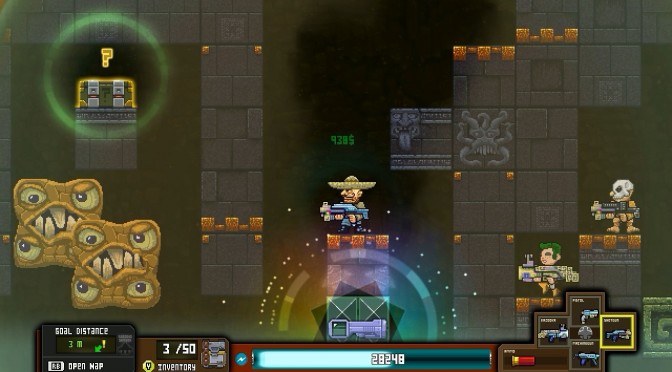 Magiko Gaming and Namco Bandai will release today Platformines for Steam on a Worldwide scale (except Japan). Platformines is an old-school 16-bit game that packs a unique 2D engine.

According to the press release, Platformines aims to offer hours of fun and a shooting galore to the players wanting to help the game’s heroes to rebuild their spaceship. Also, the game packs an infinite number of randomly generated weapons and worlds to explore.

As part of the game, Platformines offers multiple customization options; no matter if the players want to create a fully customized character looking like them or if they want to equip useful and fancy items increasing their statistics, such as wigs, hats etc, everything is possible!

“Our first partnership with Magiko Gaming is a very exciting one! Platformines is a remarkable mix of old-school 16-bit gaming with a new engine and technical brilliance of mind! Hours of fun, shooting, looting and customization are awaiting the gamers: may the loot power be with you!”