It is no surprise that the Ampere lineup of cards have a higher power delivery requirement than previous gen of Nvidia GPUs, and the green team has also changed the power connector requirement for the Founders Edition cards. NVIDIA recently teased the RTX 30 series Ampere Gaming cards, and the company also confirmed a 12-pin power connector for the Founders Edition SKUs.

It has now been confirmed that the upcoming RTX 30 series Founders Edition cards will feature an irregular-shaped PCB, and also a 12-pin power connector as rumored before.

Now Corsair has recently shared an image of its upcoming 12-pin PCIe power connector cable, which is designed specifically for the Founders Editions RTX 30 series graphics cards. Nvidia has also promised to bundle an adapter that should be compatible with the existing 8-pin power cables. The cards will ship with bundled 2x 8-pin to 1x 12-pin connectors so you can run the GPU without any compatibility issues. The 12-pin connector will occupy less space than the traditional dual 8-pin cables. This connector will not require a new PSU though. This applies only to Founders Edition cards.

But according to Corsair, Nvidia’s solution is clunky and ugly, and it also increases resistance. That’s why the company is prepping its own custom design, which is a single cable that provides a direct power connection. Corsair plans to create a direct-to-PSU 12-pin GPU power connector for use with their modular power supplies. Corsair aims to create a thoroughly tested elegant cable which will allow Gamers to power 12-pin GPUs using a direct PSU power connection.

“Our thoroughly tested solution is designed for those that have an eye for cable management and don’t want adapters cluttering up their clean builds. It connects two PCIe / CPU PSU ports directly to the new 12-pin connector.” “Fully compatible with all Type 3 and Type 4 CORSAIR modular power supplies, our new cable provides a clean direct connection without adding the resistance of a messy-looking adapter”.

If you are interested in these 12-pin Corsair PSU connectors, then you can sign up for an email notification over here.

Direct power supply connectors are more reliable and efficient than using adapters. More PSU manufacturers can expected to follow suit, and future power supplies are also likely to adopt Nvidia’s 12-pin GPU power connector standard. The new 12-pin connector is roughly the same size as a single industry standard 8-pin PCIe but can provide significantly more power in that same space. This has allowed NVIDIA to allocate the space previously used for power connectors to other things, like improved cooling.

And with Corsair’s solution being a complete cable rather than a pigtail-style adapter, it makes it easier to get the ball rolling without having to compromise on the pristine cable management.

The placement of the 12-pin connector on the PCB is very important to note here. Since it is placed in a vertical position, at a 45-degree angle, we can now tell why Nvidia moved to a single 12-pin cable instead of the traditional dual 8-pin design for these cards. These Ampere cards have a unique and new PCB design, and there appears to be limited room on the PCB for other stuff.

Nvidia explains: “Over the past 20 years, computer graphics have made huge advancements in performance. It takes a combination of expertise in architecture development, thermal, mechanical, electrical, and product design to make it all happen. We offer a first glimpse at some of the strides we have made in designing graphics cards, so that they can reach their maximum potential and remain cool and quiet”. These include: 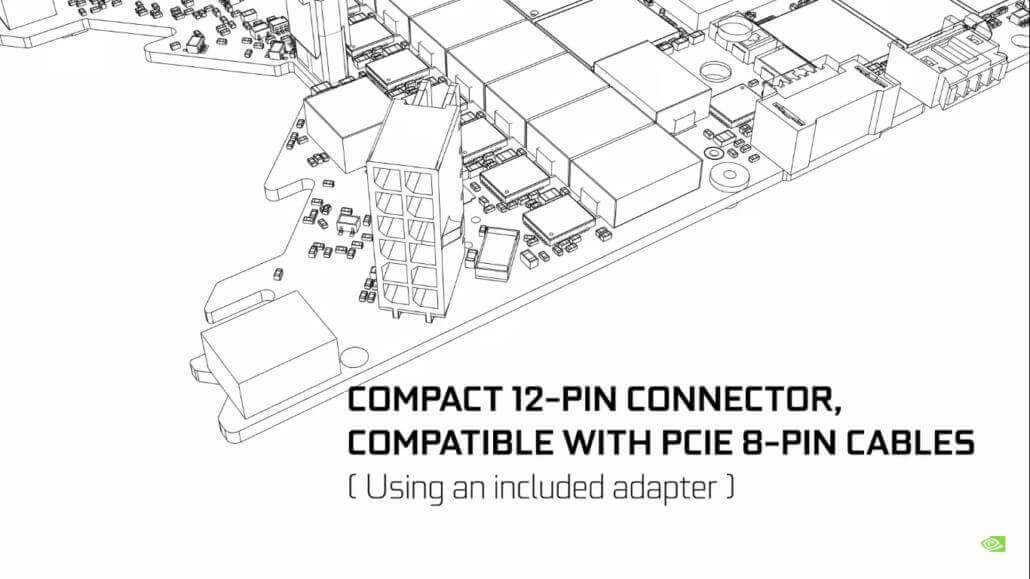 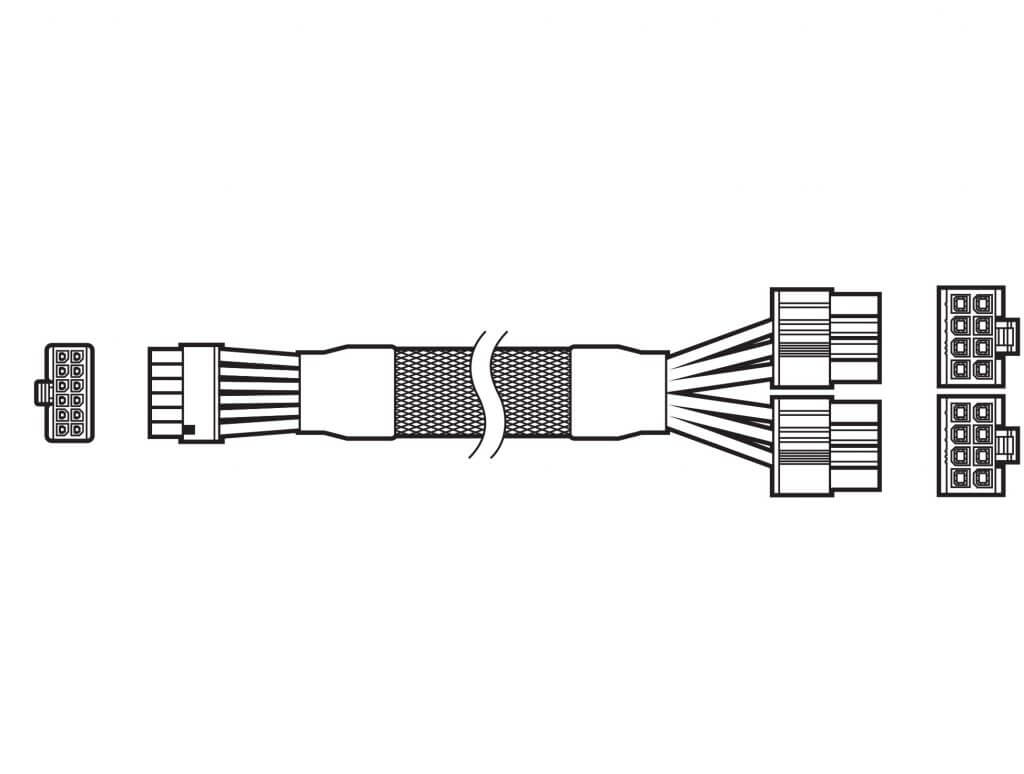