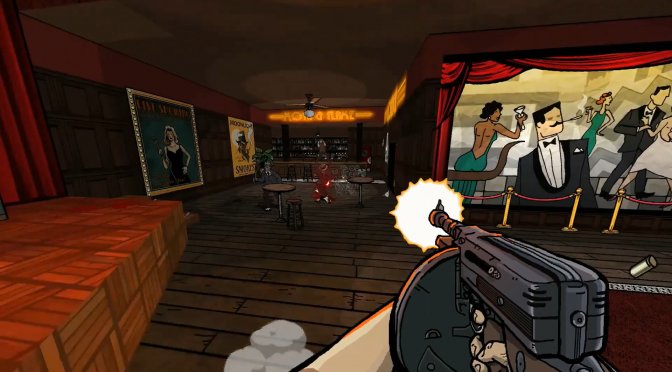 New Blood Interactive has announced a new crime noir first-person shooter, Fallen Aces. According to the team, this new FPS will play right out of the ’90s and look right out of the comics. In short, the game will feature cel-shaded graphics.

In order to celebrate this announcement, New Blood Interactive released the following trailer. Furthermore, you can find the game’s key features below.