Back in 2012, Ubisoft was criticized for the DRM system used in Anno 2070; a really annoying DRM that locked the game whenever there was a certain number of hardware changes made to a computer (like changing your graphics cards). Obviously, this draconical DRM frustrated everyone and it appears that Visceral’s latest Battlefield game is plagued by a similar DRM. 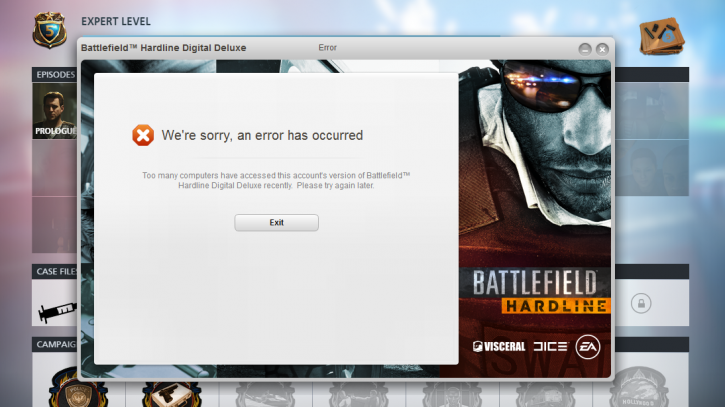 As Guru3D discovered while it was benchmarking Battlefield: Hardline, the game packs a DRM system that completely locks the game.

“Here’s what EAs DRM is doing, they don’t just verify the number of PCs you work on slash use, nope .. they dare to monitor hardware changes now, which I am sure is a privacy breach on many levels. So once we insert new hardware (CPU / mobo or graphics cards) the hardware id # hash changes and if that happens a couple of times they are rendering your activation invalid.”

This lock mechanism appeared after eight (or so) GPU replacements. Now while we are certain that this issue won’t affect most users (I mean, come on, will you change eight GPUs and still be playing Battlefield: Hardline?) we have to question the reasons behind this decision.

Bottom line is that this DRM decision won’t benefit EA or Visceral as it’s well known that most PC gamers do not welcome such ‘draconical’ DRM systems.

Our PC Performance Analysis article for Battlefield: Hardline will go live later today or tomorrow, so stay tuned for more!