Okay, we know that some of you will hate us for the following screenshot but before you do, make sure to check your inboxes. Why you ask? Because Star Wars: The Old Republic’s beta is live now. Yeah, this is not a joke. The beta is live and the first bunch of the beta invites have been sent. You can view a screen grab of our mail we got after the jump. 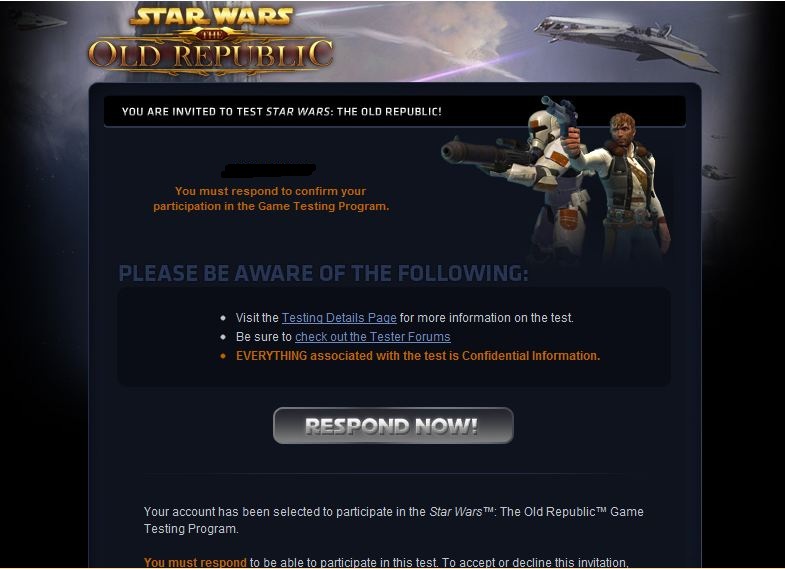