As you may already know AMD recently announced its Ryzen 5000-series Zen 3-based Vermeer desktop CPU lineup. According to AMD these CPUs will offer better single-thread performance in PC games. AMD has lifted the review embargo and here are the first third-party gaming benchmarks for the AMD Ryzen 9 5900X and 5950X.

YouTube’s ‘Pichau‘ has tested a variety of games, including Microsoft Flight Simulator. In this really demanding game, the AMD Ryzen 9 5950X is faster than the Intel Core i9 10900K. The Witcher 3 also appears to be running significantly faster on the new AMD Ryzen 9 CPU.

According to Kitguru, Grand Theft Auto 5 also performs better on both the AMD Ryzen 5950X and the 5900X CPUs. However, there are some games in which the Intel Core i9 10900K appears to be performing better. 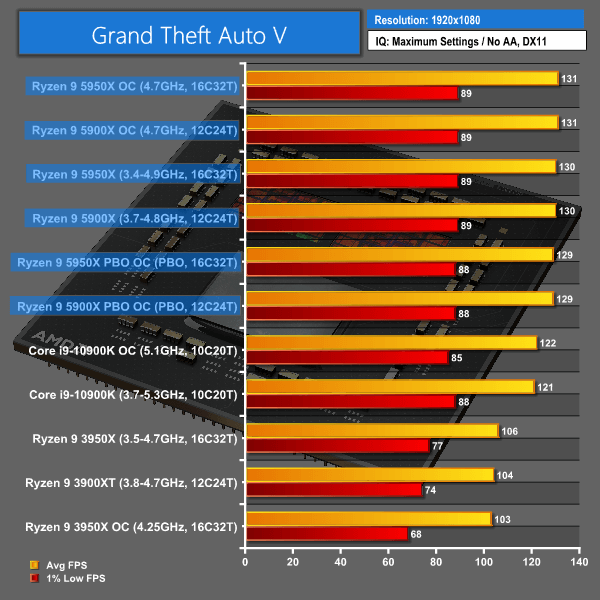 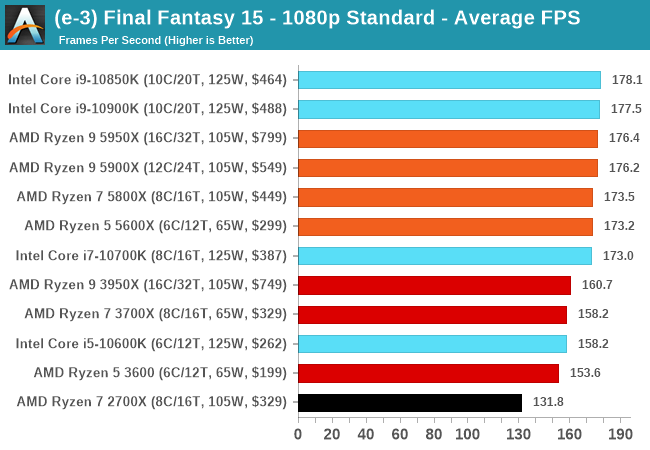 Tech-critter has benchmarked a lot of games and in most of them, the AMD Ryzen 9 5950X runs them faster than the Intel Core i9 10900K. 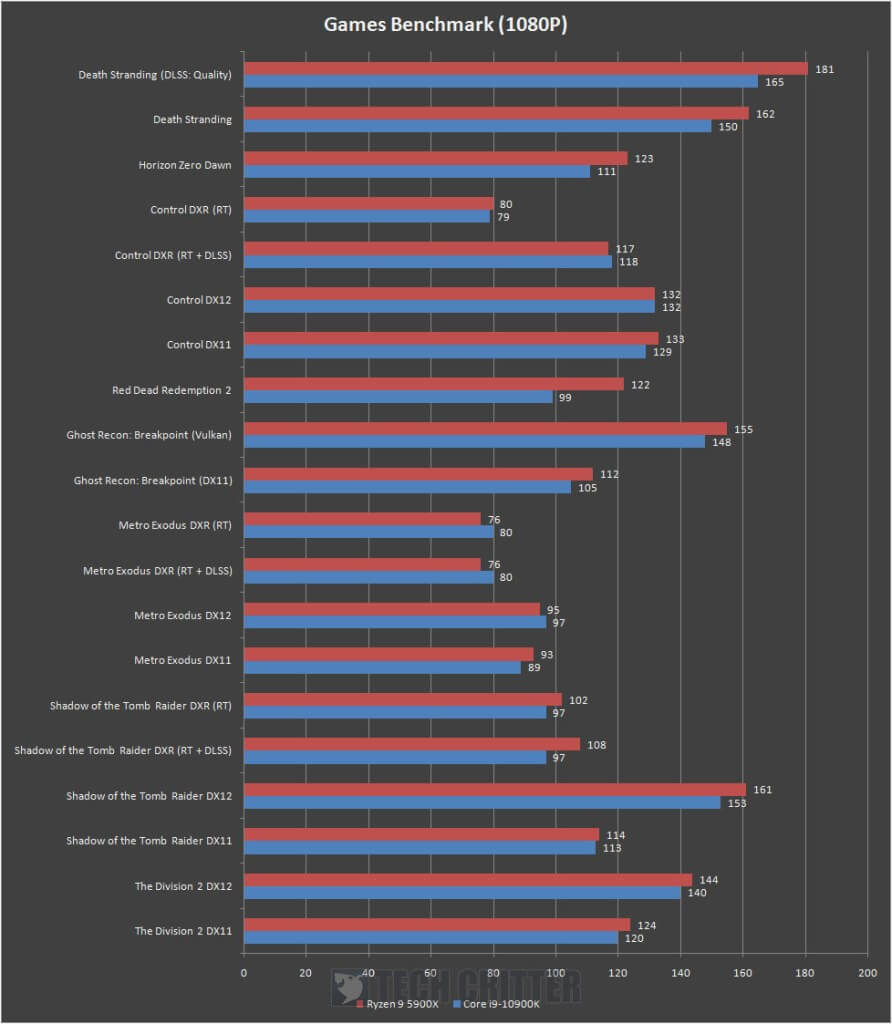 Forbes has also tested some games. Interestingly enough, Far Cry New Dawn runs better on the AMD Ryzen 9 5900X. However, the Intel Core i9 10900K appears to have slightly better minimum framerates. The reason we are mentioning Far Cry New Dawn is because it mostly uses only one CPU core/thread. 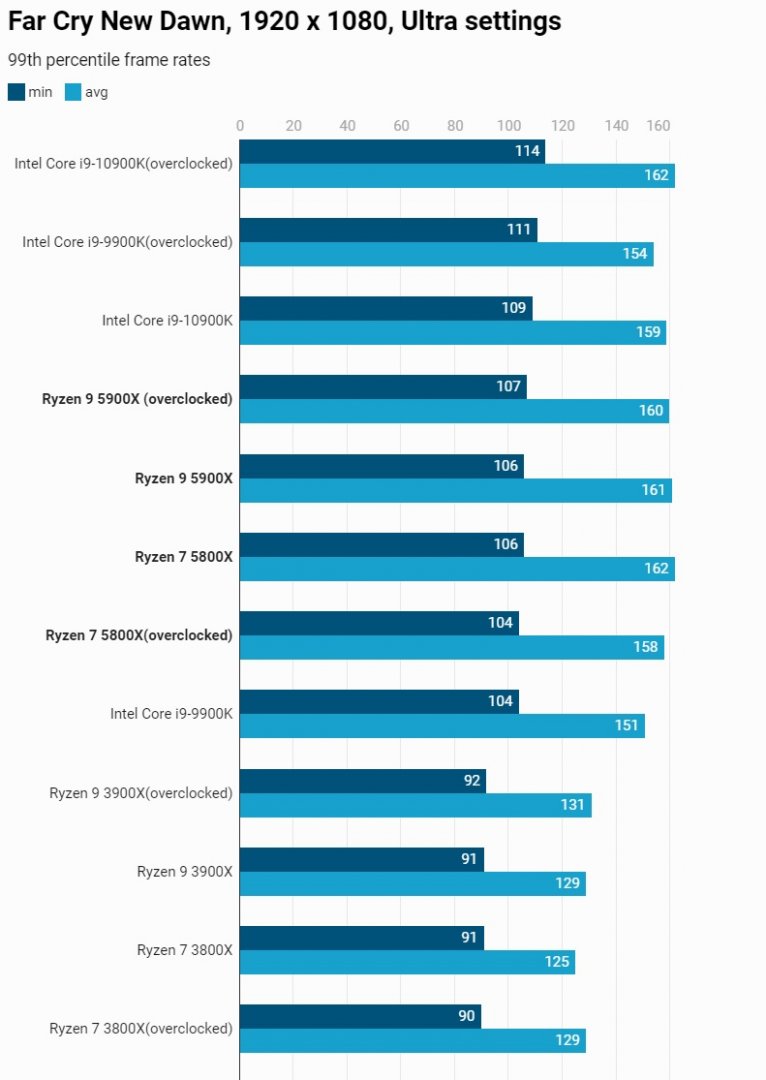 Guru3D has also tested the latest Watch Dogs game, Watch Dogs Legion. According to it, this game runs better on the AMD Ryzen 9 5950X CPU. 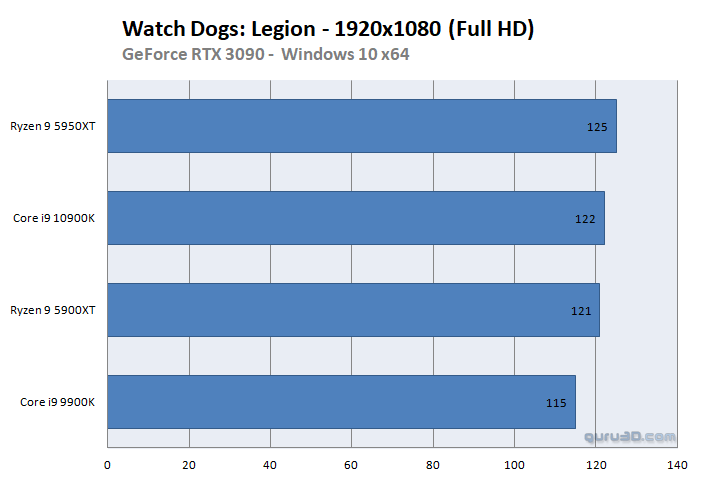 Still, there are some games that perform better on the Intel Core i9 10900K. F1 2020 and Civilization VI are two of them. So yeah, Intel’s CPU can still compete with these new AMD CPUs. However, and for the majority of PC games, the new AMD Ryzen 9 CPUs are simply faster. 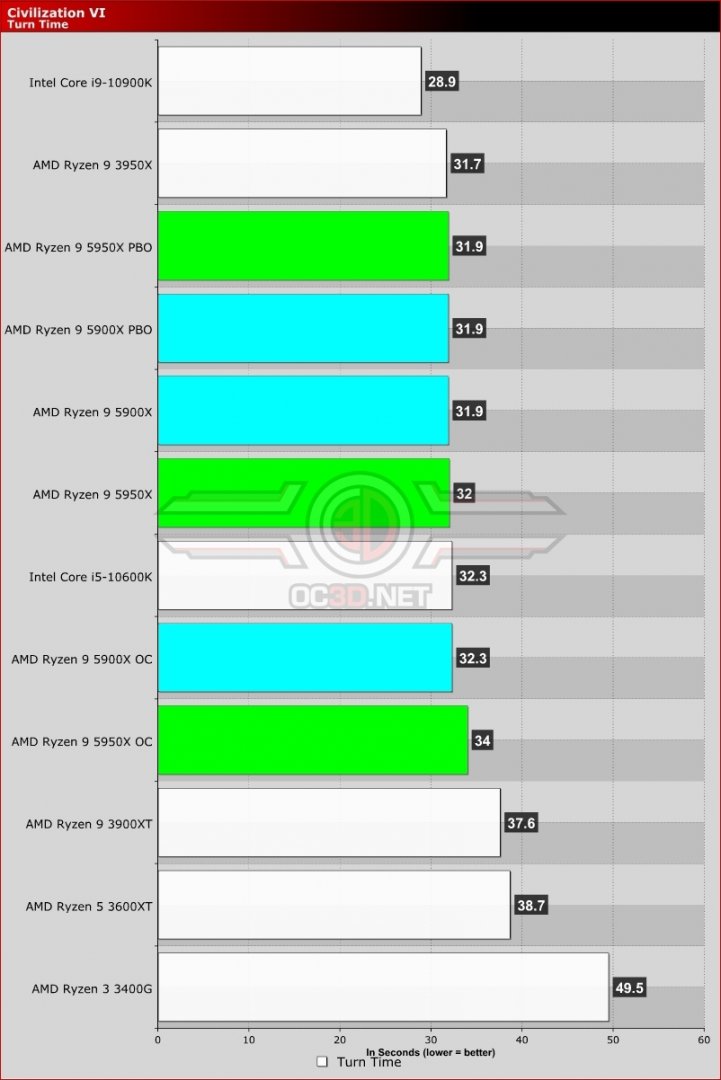 Overall, both the AMD Ryzen 9 5900X and the AMD Ryzen 9 5950X run most of the games faster than the Intel Core i9 10900K. As such, we can safely say that there is a new CPU king in the PC gaming town. So kudos to AMD for surpassing Intel.