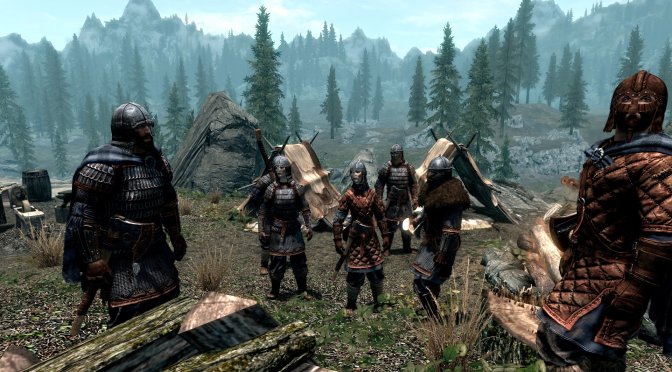 NordwarUA has released a cool new mod for Skyrim Special Edition that adds several sets of Nordic-style armor and weapons to the game.

As the modder noted, the main purpose of this mod was to create models similar to historical models with the addition of fantasy elements.

“The first task I set for myself was to create Nordic armor for rebel soldiers. Soldier’s armor has six variations ranging from the simplest and cheapest to heavy and expensive armor. Added options for helmets, gloves, boots, as well as a cloak and fur collar, which are randomly combined with options for armor and also randomly distributed to soldiers. The exception is the Windhelm Guard, which has only heavy guard armor. I also added several variants of weapons that stylistically match the armor. Moreover, I created a special elite type of armor and weapons for officers. I also renamed the old bear skin armor and added to the smithy’s recipes.”

Speaking of mods for Skyrim Special Edition, we also suggest checking the following ones. Theoretically, these mods should be compatible with the Sons of Skyrim Mod. Wyrmstooth is an expansion-sized mod that adds new quests and dungeons. There is also a mod that brings elements from The Witcher games to The Elder Scrolls V: Skyrim. Dragon Hall Tavern is another 2GB DLC-sized mod for Skyrim, adding new quests, locations, arena & more. Then we have this mod that adds 9 new arenas & unique weapons. You can also find an HD Texture Pack that overhauls all landscape textures.