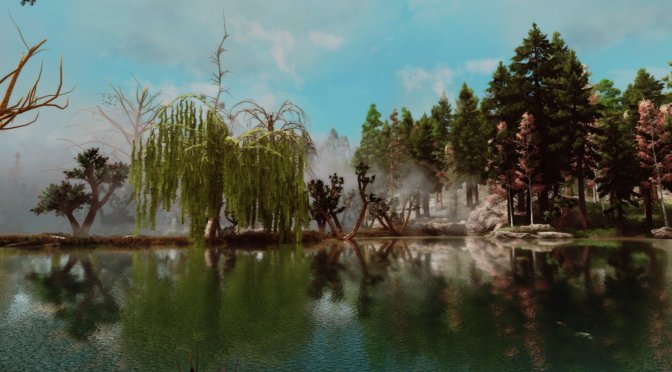 Modder ‘L3st4t’ has released a pretty cool new mod for The Elder Scrolls V: Skyrim that adds over 6000 new trees models to it. Furthermore, it replaces the vanilla trees with new models of trees with high quality and unique branches, foliages and trunks.

“The Scandinavian Forests is a project that aims to change the trees models of Skyrim adding more quality and a realistic look. In addition, it adds other trees that are part of the flora in the Scandinavian region or Nordic European countries.”

Most of these new trees have been created from the zero using 3D programs. However, this mod also features some trees that were part of other mods. Naturally, L3st4t got permission to use these trees to this project.

You can download “The Scandinavian Forests” mod from here. Do note that this mod is only for the Special Edition.

Speaking of mods for Skyrim Special Edition, we also suggest checking the following ones. Wyrmstooth is an expansion-sized that adds new quests and dungeons. Additionally, this mod brings elements from The Witcher games to The Elder Scrolls V: Skyrim. Dragon Hall Tavern is another 2GB DLC-sized mod for Skyrim, adding new quests, locations, arena & more. Then we have Land of Vominhem and Legacy of the Dragonborn. There is also a mod that makes the game look similar to Borderlands 3.  And lastly, you should definitely check this Castlevania-inspired mod that brings Dracula’s castle.