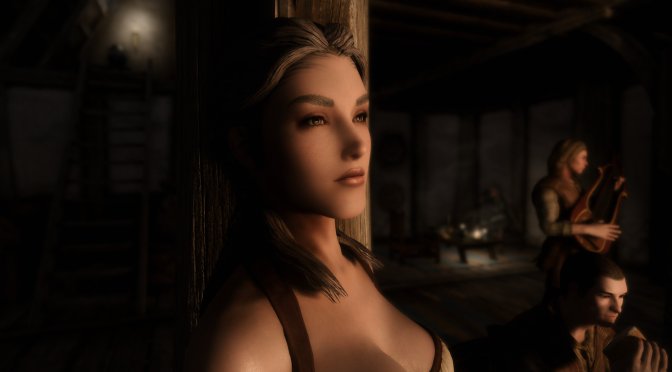 Modder ‘Truceacred’ has released a high-polygon mod for The Elder Scrolls V: Skyrim Special Edition that replaces the headpart of every single humanoid NPC. Thus, and alongside this mod, we’ve decided to share some additional mods that will greatly improve the appearance of NPCs.

As said, the High Poly Vanilla NPC Overhaul improves only the head of NPCs. This mod does not replace the Hair, Body, or textures of the NPCs. As such, it is compatible with the following mods.

You can download the High Poly Vanilla NPC Overhaul Mod from here. By using it with the following mods, you can completely transform the game’s dated NPCs.

Speaking of mods for Skyrim Special Edition, we also suggest checking the following ones. Wyrmstooth is an expansion-sized that adds new quests and dungeons. Additionally, this mod brings elements from The Witcher games to The Elder Scrolls V: Skyrim. Dragon Hall Tavern is another 2GB DLC-sized mod for Skyrim, adding new quests, locations, arena & more. Then we have Land of Vominhem and Legacy of the Dragonborn. And finally, you should definitely check this Castlevania-inspired mod, as well as this sci-fi city fan expansion.

Lastly, here is a video showcasing Skyrim with over 1300 mods and Reshade Ray Tracing. This video is not related to the aforementioned mods. However, and instead of publishing a separate article for it, I’ve decided to include it here.