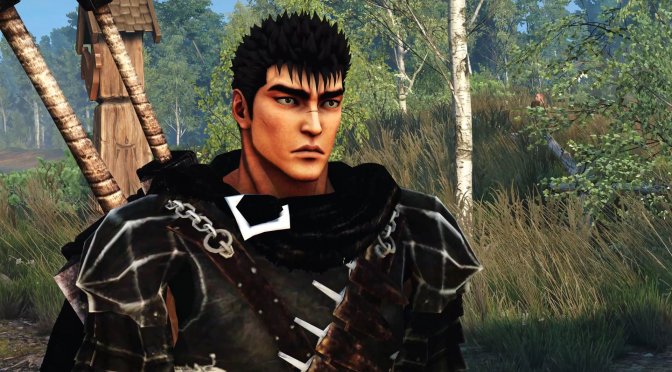 Modder ‘user619’ released a Berserk Guts mod for The Witcher 3. This mod basically replaces Geralt’s 3D model with Guts, and it’s a tribute to Kentaro Miura, the creator of “Berserk” manga, who passed away on May 6th, 2021.

You can download this mod from here. You can play as Berserk Guts by selecting the Gryphon Armor Lv1. Do note, that you’ll also have to disable NVIDIA Hairworks (as the mod is not compatible with them). Here is guide that you can use in order to equip the Gryphon Armor.

Speaking of character mods for The Witcher 3, PTRMO released one such mod that adds Geralt’s 3D model from the first The Witcher game. You can download this mod from here.

Lastly, you may also find the following mods interesting. The Witcher 3 HD Reworked Project is one of the best HD Texture Packs for CDPR’s RPG. HDAR – HD Animals Reworked Mod, Humans of the Continent 4K-2K Textures and the Witcher 2 Overhaul Mod are also quite cool. And then there are Shades of Iron, True Fires Mod, and a mod that adds a new standalone quest.