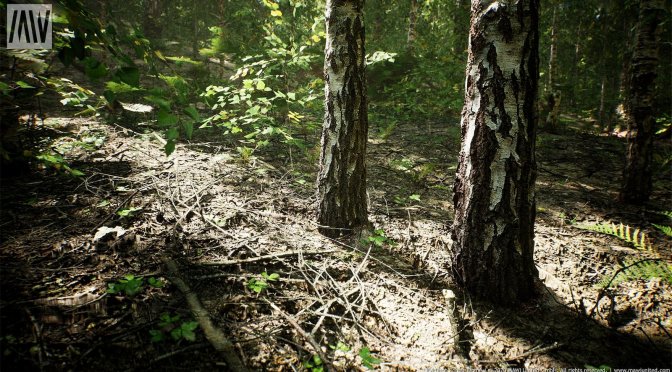 Last week, Epic Games announced the public release of Unreal Engine 5’s Early Access version. And a couple of days ago, MAWI United has shared a video, showing its Birch Forest Map/Biome in Unreal Engine 5 with Nanite and Lumen.

MAWI United has managed to enable Nanite for every static mesh in this map. Moreover, this map has Lumen with hardware ray tracing enabled, so it can give you a glimpse at what you can expect from it. Not only that, but MAWI has enabled the new Virtual Shadow Maps so that every mesh can cast shadows.

As MAWI United noted, this map runs with around 30fps on an NVIDIA GeForce RTX2080. Now obviously we expect the final version of Unreal Engine 5 to run games smoother than that. Additionally, NVIDIA owners can expect a performance boost once – and if – Epic adds support for DLSS in Unreal Engine 5.

This map looks great, so go ahead and take a look.

Lastly, MAWI shared a video showing how you can import photogrammetry data into Unreal Engine 5 with Nanite, using 3dsmax.