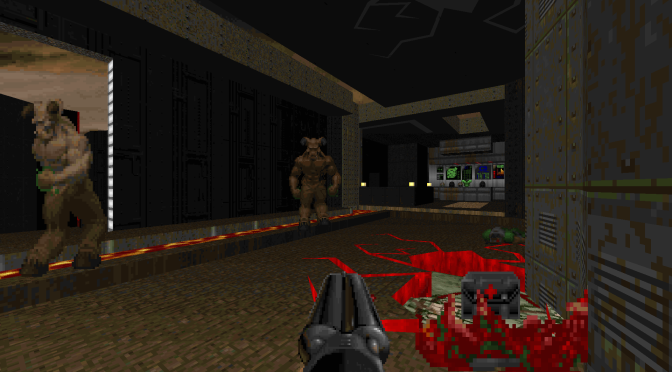 John Romero has just released a new map/level for the 1994 id Software release Doom 2, called One Humanity. One Humanity is Romero’s first DOOM II level since the release of the original in 1994.

Romero has created this map in order to support the people of Ukraine and the humanitarian efforts of the Red Cross and the UN Central Emergency Response Fund. As he claimed, 100% of the proceeds will go toward this support.

The .WAD contains a readme text file as well as the external mod data. Players must have an original copy of DOOM II and a modern source port to play One Humanity.

You can purchase One Humanity from here.

Speaking of Doom mods, you may be also interested in the following ones. This add-on brings 26 extra weapons to the Call of Duty mod for Doom. On the other hand, Brutal Hell Royale is a Doom battle royale mod. Ashes Afterglow is another Total Conversion Mod that you can download. Siren is a total conversion that appears to be influenced by numerous games, such as Aliens and F.E.A.R. Let’s also not forget Bloom, a crossover between Blood and Doom. And lastly, Brutal Doom is a must-have mod.