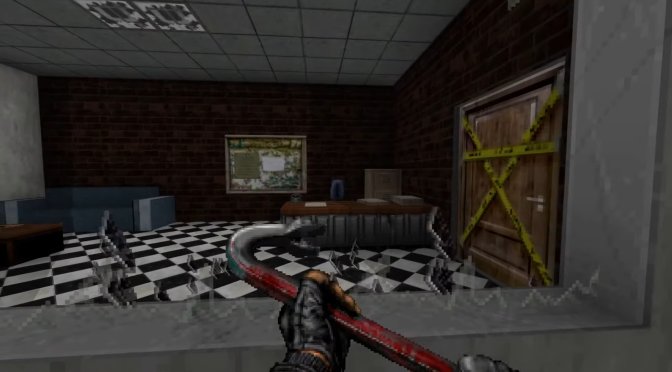 Vostyok has released the second episode for his Ashes total conversion mod for Doom, Ashes Afterglow. Similarly to the first episode, Ashes Afterglow is designed to be run in the Gzdoom or Qzdoom ports, and includes support for either software or hardware options.

Ashes 2063 TC is heavily inspired by 90’s FPS games, 80’s post-apocalyptic movies, and a shit-ton of other references. The first episode follow the basic framework of Ultimate Doom, and replaces every weapon (up to plasma rifle), adds 8 new monsters, as well as a full custom soundtrack courtesy of PRIMEVAL. You can download the first episode from here.

The second episode finds the scavenger recovering from the battle within The Spire.

“Things in The City have taken a turn for the worst, and it looks like you’ll be needing to leave town… before they throw you out. Unfortunately, transportation is another issue entirely. You’ll need to hurry though. Events have been set in motion that affect the fate of mankind itself. And a mysterious voice from the past returns, promising to remake America… at any cost.”

Have fun and kudos to our reader ‘durka durka’ for bringing this to our attention!