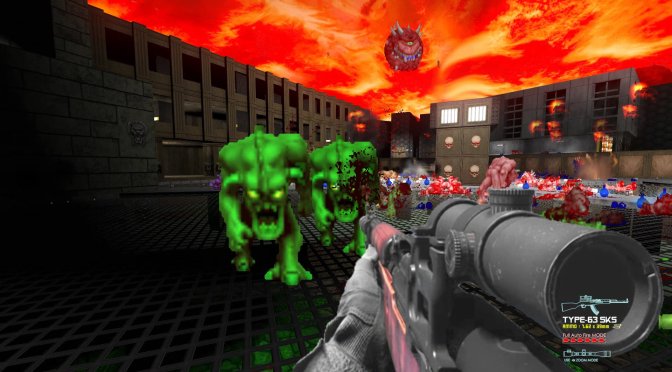 Modder ‘Wally0222’ has released an add-on for the Call of Duty mod for Doom, CALL OF DOOM: COD Style Advanced Weapons. This add-on brings 26 extra weapons to the mod, something that many COD fans may appreciate.

Now in case you didn’t know, CALL OF DOOM: COD Style Advanced Weapons is a mod that allows players to fight DOOM monsters with high-quality firearms imported from the Call of duty universe.

By default, this mod features 70 weapons and equipment. As such, and with this add-on, you’ll have access to 96 weapons.

Additionally, weapon placement changes randomly each time you play. Players can also only carry 4 weapons. As such, your tactics can change significantly depending on the weapons you can pick up.

It’s a pretty cool mod that you can download from here. Below you can also find a video showcase from its latest add-on.