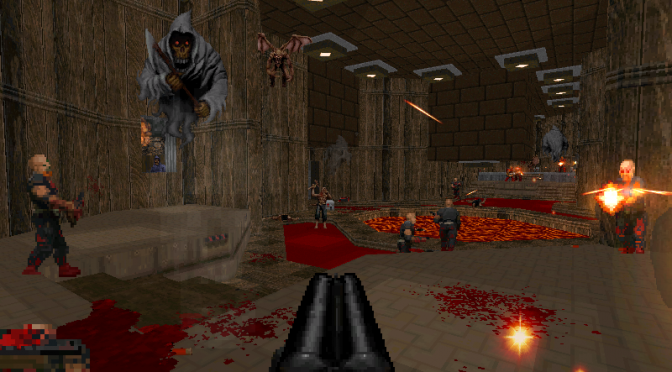 Modder ‘drugod’ has released the final version of Bloom, a crossover mod between Doom and Blood. This mod is compatible with most Doom wads (doom.wad, doom2.wad, plutonia.wad and tnt.wad), and the modder suggests using Gzdoom 4.6 or above.

As you’d expect, Bloom brings to the Doom engine all of the environments and assets from the original Blood game. It also adds textures from Blood (as well as some new ones). It also adds a new episode that features 8 maps. Lastly, Bloom adds traps and random events in the original/classic maps.

You can download Bloom from here. Below you can also find a trailer for it.