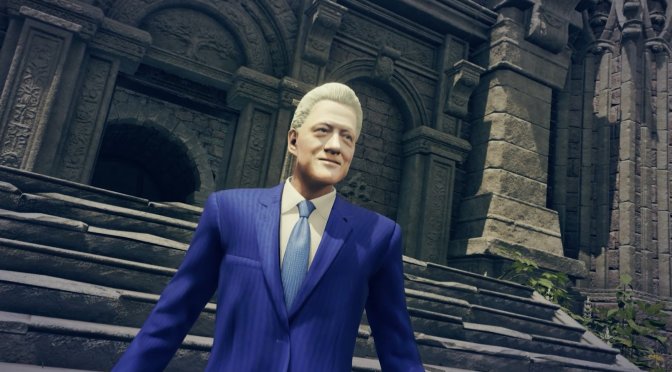 Modder ‘OunceStripes’ has released a compilation of weapons replacers for Elden Ring. Additionally, modder ‘Arestame’ released a mod that allows you to play as “Bill Clinton – The Reformed Rabbi Orthodox”.

The HQ Swords Replacers Mod is a simple one. Basically, it replaces the game’s swords with more realistic ones. For instance, it replaces Uchigatana with a high-grade Katana, and Wakizashi with a better-grade Wakizashi. You can download the mod from here.

Regarding the Bill Clinton Mod, here is its backstory. At The Game Awards 2022, a kid invaded the stage during the celebration of the Game of the Year award. Basically, that kid successfully invaded Elden Ring’s Miyazaki. Thankfully, nothing serious happened and everyone is fine. But anyway, at one point the kid took the microphone and nominated the award to Bill Clinton. It was a hilarious moment (at least for us that weren’t there), and you can find the clip below.

So, as you may have guessed, after this whole thing, modders decided to bring Bill Clinton to the game. And yes, you can now play as Bill Clinton – The Reformed Rabbi Orthodox. All you have to do is download the mod from here.