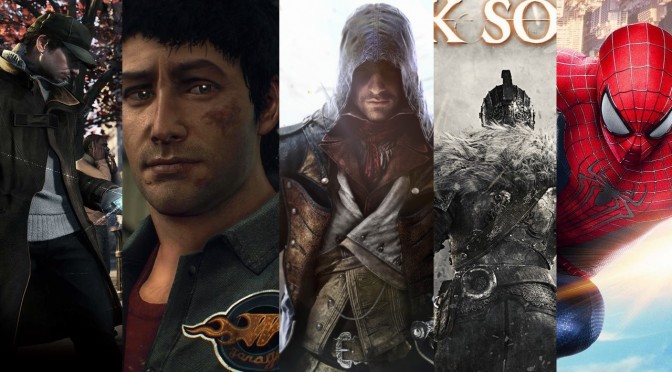 2014 was a pretty interesting year. Watch_Dogs was finally coming out, Assassin’s Creed: Unity was planned for current-gen platforms only, The Vanishing of Ethan Carter had everyone hyped with its special techniques, a new Wolfenstein was scheduled to come out, and Dragon Age: Inquisition was aiming to put DICE’s Frostbite 3 engine into good use. And while we’ve seen a number of games hitting both old-gen and current-gen platforms, there were a few that released exclusively on current-gen platforms.

This year, we decided to break down our special article in order to cover both the most disappointing PC titles of 2014, as well as the most optimized PC games. So, time now to see what were the games that made us shaking our heads in disbelief.

But what do we consider great examples of optimized PC games? Let’s clarify on this. In our opinion, a game optimized for the PC is one that can scale on lots of multi-core CPUs and multi GPUs, that is not plagued by ‘console-ish’ side effects (like really low FOV, controller only on-screen indicators and mouse acceleration/smoothing issues), that packs lots of graphics options to adjust, and that also looks and runs great.

In short, we’re examining a game’s technical aspect, meaning that not only must the engine scale well on modern-day hardware, but also the developer must ensure that things like PC specific graphical features, PC technologies (like SLI and Crossfire) and PC controls are properly implemented.

With this out of our way, let’s take a look first at the biggest disappointments of 2014.

“During some scenes, our framerate was fluctuating between 35fps and 50fps while simply standing on the rooftops. We seriously don’t know what is causing those slowdowns, but we do know that the game suffers from major performance issues. Obviously Beenox has not polished the PC port, though we have to note that the game is ‘underperforming’ on Xbox One too. And while those slowdowns are not THAT severe on Nvidia cards, there are reports circulating the Internet that AMD users experience major issues.”

When Capcom announced that Dead Rising 3 was coming to the PC, we were screaming like little kids. Dead Rising 3 had major performance issues on Xbox One, therefore – and given the additional development time – we expected the PC version to be a better overall product. Unfortunately, Capcom dropped the ball on this one. Dead Rising 3 did not take advantage of more than three CPU cores, required a high-end GPU for underwhelming visuals, and did not receive any major updates. And given the fact that all previous Capcom games performed amazingly well on the PC, this one really shocked us.

“All in all, Dead Rising 3 is a mess. We kind of hope that Nvidia will offer a performance boost via an official SLI profile, however we do not expect to see a performance patch from Capcom. Dead Rising 3 requires a high-end GPU in order to be played with more than 50fps, despite the fact that its visuals do not justify such requirements. Add to this some instability issues (word has it that previous versions of the Geforce drivers are more stable than the latest one) and you got yourself a product that was released before it was fully ready.”

FromSoftware has done it again. While Dark Souls 2 is not THE worst optimized PC game of 2014, it is still one of those games that did not receive proper love from its development studio. The game does not even feature keyboard+mouse on-screen indicators, making it difficult to figure out what buttons should be pressed. Furthermore, the game’s lighting system has been severely downgraded. And did we mention those awful mouse acceleration side effects? Dark Souls 2 may be a great game – and thanks to the additional raw power of the PC the game does run better than its console cousins – but the port itself was awful.

“While there is a nice amount of graphical options to tweak, the game suffers from mouse acceleration side-effects. Furthermore, there are X360 button on-screen icons that are not explained at all in the main menu. Moreover, the PC version does not sport any major feature to justify Namco’s claims of it (a.k.a. the PC) being the lead platform. Dark Souls 2 is ‘functional’ from the get-go and once you figure out its control scheme, it can become really enjoyable. And while it is the definitive edition of Dark Souls 2, it’s not up to what we hoped for. Well, at least we can give kudos to FromSoftware for avoiding this year’s ‘Worst PC Optimized Title’ award.”

Watch_Dogs is a game we’ve been following closely these past years. It is the game that gave the word ‘downgrade’ a whole new meaning (alongside Dark Souls 2). While the original gameplay reveal looked spectacular, the final product was nowhere near that quality. Not only that, but Ubisoft had locked a number of options on the PC. Watch_Dogs also suffered from some awful stutters that were never completely resolved.

“All in all, Watch_Dogs is a mess. The game is underperforming on the PC, and cannot maintain constant 60fps even on high-end systems. Watch_Dogs is unable to take full advantage of more than five CPU cores, meaning that a lot of you will be CPU limited. Hell, even our i7 4930K was CPU limited as our GPU was never stressed during our playthrough.”

Well, we are pretty sure you all saw that coming, right? Truth be told, Assassin’s Creed: Unity could easily win our ‘Best Looking Game Of 2014’ award… well… if we had one. Unity looks phenomenal, there is no doubt about that. However, the game is still broken, even one and a half month after release. Ubisoft released a number of patches to address some of its issues, however the latest patch introduced brand new issues to the PC version. The game also suffers from the most horrible LOD system we’ve ever seen. Add to this a broken SLI profile thanks to the latest update, annoying stutters that have not been fixed as of yet and numerous unresolved bugs, and you got yourself a product that should not be out till next year.