We are pretty sure that a lot of you were looking forward to our Performance Analysis for Watch_Dogs on our brand new i7 4930K system. How does Ubisoft’s open world title perform on such a high-end system? Does it suffer from stuttering side-effects? Are 4GB of system RAM enough for it? Are there major differences between quad-cores and octa-cores? Well, time to find out.

For this article – and for all future Performance Analyses – we used an Intel i7 4930K with 8GB RAM, Nvidia’s GTX690, Windows 8.1 and the latest version of the GeForce ForceWare drivers. As we’ve already said, Nvidia has included an SLI profile for Watch_Dogs in its drivers, meaning that PC gamers won’t have to mess with third-party programs (such as the Nvidia Inspector Tool) in order to enable it. There are various reports that Assassin’s Creed III’s SLI profile works better with Watch_Dogs, however we experienced major flickering while using that profile. For the time being, we suggest using the default SLI profile.

Let’s start with the game’s RAM requirements. Once again, we can confirm that the game does not use more than 2.1GB of RAM. This means that PC gamers can enjoy Ubisoft’s latest title even if their PC system is below the official minimum RAM requirements. While we noticed more than 4GB of RAM being used on our i7 4930K, we have to note that we were running a lot of processes in the background. Those willing to close everything except of Uplay and the game will be able to play it with only 4GB of RAM.

In our previous Performance Analysis article, we claimed that there were no differences between a tri-core and a quad-core system. Ironically enough, our i7 4930K was experiencing major performance issues when only 3 of our CPU cores were active. There was major stuttering, we witnessed 97% usage on all 3 cores, and the game was simply unplayable. Do note that this is not what we’ve been experiencing with our Q9650 (overclocked at 4.2Ghz) when it was running as a tri-core CPU.

But what about CPU scaling? We tested Watch_Dogs with four, five, six, seven and eight CPU cores/threads enabled and our results where a bit disheartening (to say the least). While there is a performance difference between a quad-core system and a penta-core system, there was minimal increase between our penta-core, hexa-core and octa-core simulated systems. While Watch_Dogs scales great on multiple CPU cores, it’s pretty obvious that it does not take full advantage of them. As a result of that – and as we can see from our SLI scaling – we were CPU limited despite running an i7 4930K. And while the game was running – most of the times – with 60fps, the engine was unable to properly take advantage of multiple CPU cores. 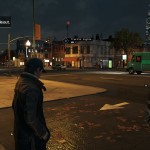 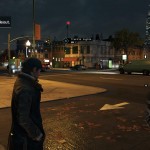 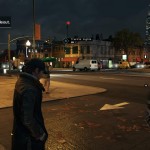 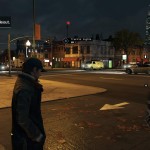 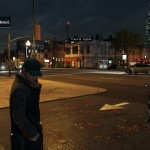 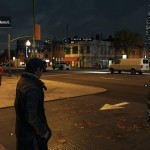 Moving on to the GPU requirements. Back in our earlier article, we claimed that the game was unaplayable with mixed Ultra/High settings, despite Nvidia’s claims. We can confirm that with our new system, there are still major stuttering issues with Nvidia’s suggested settings, especially while driving. It’s obvious that 2GB of VRAM are not enough for Ubisoft’s title and we don’t know whether the French company will be able to release a performance patch that will provide a stuttering-free experience on these cards.

Performance wise, the game was running with 55-60fps most of the times at 1080p with High settings. There were some drops to 45fps while driving (that were caused by the annoying stuttering side-effects that plague this title) but overall, we can say that the game is enjoyable. Still, this does not mean that it justifies its ridiculous PC requirements.

All in all, Watch_Dogs is a mess. The game is underperforming on the PC, and cannot sustain constant 60fps even on high-end systems. Watch_Dogs is unable to take full advantage of more than five CPU cores, meaning that a lot of you will be CPU limited. Hell, even our i7 4930K was CPU limited as our GPU was never stressed during our playthrough.