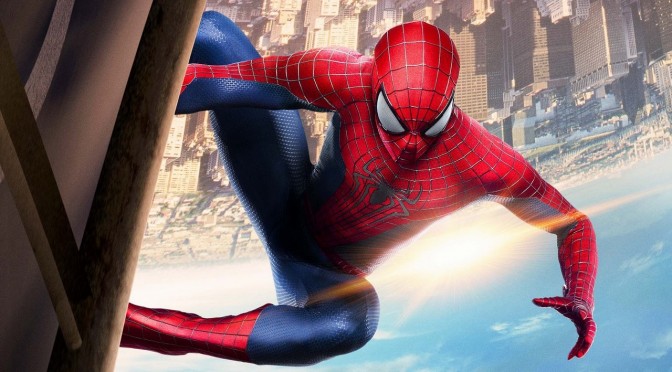 The Amazing Spider-man 2 has just been released on the PC, and it’s time to see how this new open world performs on our platform. The game has been developed by Beenox and aims to capture the combat feeling of the Batman: Arkham series, the web swinging feeling of all previous Spiderman titles, and the character upgrade system of – pretty much – most open world games. Deep inside its soul we can find an entertaining game, though the storyline is dumb, the voice acting is lame, and the animations are stiff and disappointing. And as you may have already heard, it’s a game that is so last-gen – in almost all regards – that makes you wonder why Activision and Beenox did not further polish it (aside from the fact that they wanted to hit the deadline).

As always, we used an overclocked Q9650 (4.2Ghz) with 4GB of RAM, Nvidia GTX 690, Windows 7-64Bit and the latest version of the GeForce ForceWare drivers. Unfortunately, Nvidia has not added any SLI profile for this title as of yet. Given the fact that there is no SLI profile the first The Amazing Spider-man, we are almost certain that the green team won’t provide one anytime soon.

Since the game does not support SLI, our GTX690 performed similar to a GTX680. A GTX680 is able to run the game without major slowdowns at 1080p (ranging between 62fps to 35fps). We tried running the game at 3200×1800, however we experienced some weird stuttering side-effects while moving the camera. Although the game was running with 40fps, that stuttering made it completely unplayable. Not only that, but a GTX680 is unable to offer smooth framerates at 4K resolutions (3840×2160) as it was used almost to its fullest at 3200×1800. 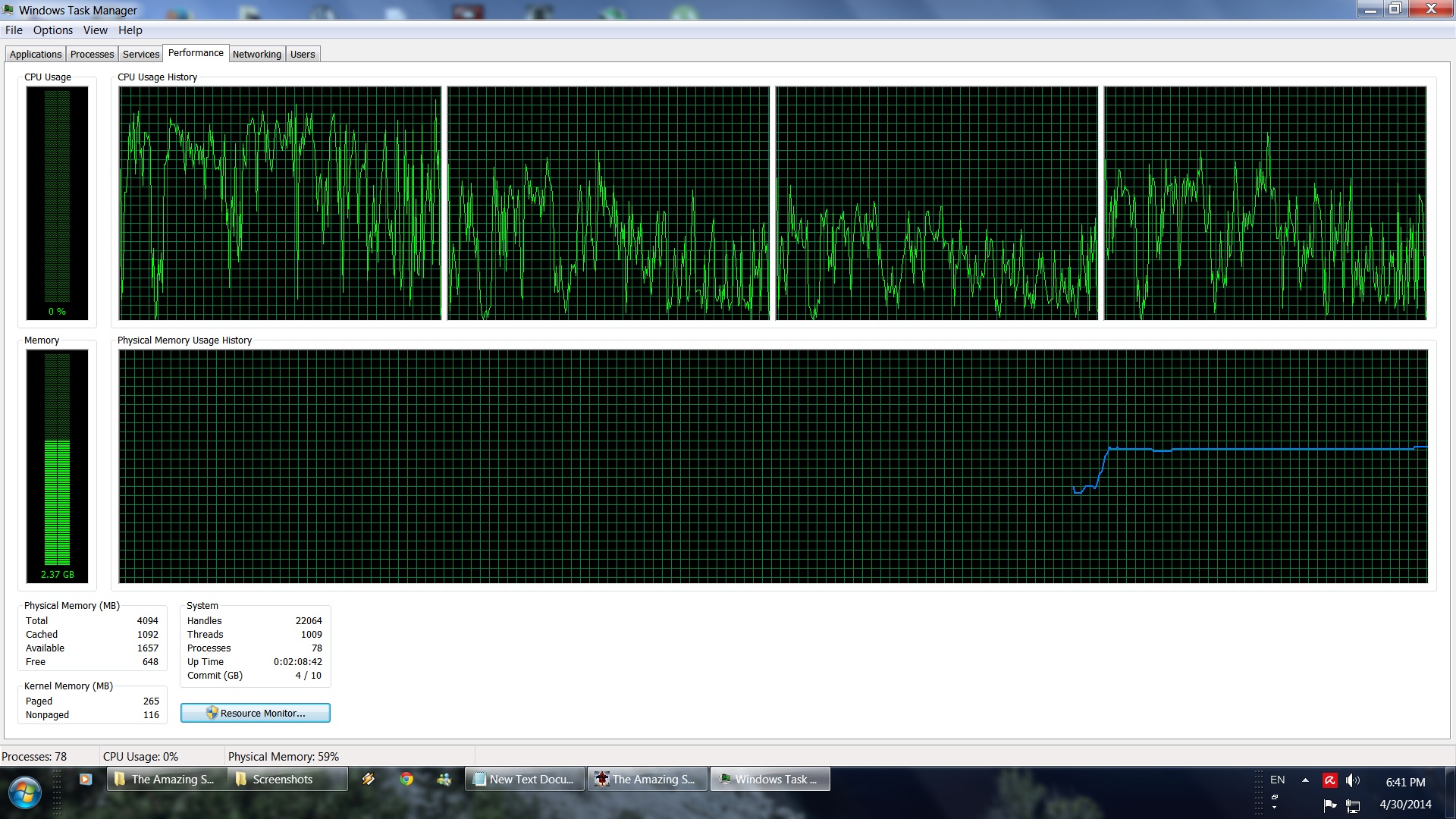 The Amazing Spider-man 2 is built for three CPU cores. As we can clearly see, our quad-core was not stressed, despite the fact that the framerate was all over the place. The Amazing Spider-man 2 only supports DX9, and there were no performance differences between a tri-core and a quad-core system. Not only that, but the game suffers from some really weird performance issues. Let’s get one thing straight before continuing, though: the game performs better than its console counterpart. Okay? We got this out of the way? Let’s move on.

While we were web swinging and travelling through the city, there were slowdowns to mid-30s. The interesting thing here is that our framerate was suddenly increasing after a while, suggesting a streaming issue or something similar to it. Furthermore, our framerate was fluctuating between 35fps and 50fps while standing still on rooftops. We seriously don’t know what is causing those slowdowns, but we do know that the game has major performance issues. Obviously Beenox has not polished the PC port, but we have to note that the game is underperforming on Xbox One too. And while those slowdowns are not THAT severe on Nvidia cards, there are reports that AMD users face major issues.

Beenox has added a nice amount of graphics settings to tweak. Players can tweak Anti-Aliasing, Texture Quality, FX, Lighting, Shadows Quality, City Life Density and Draw Distance. Ironically, even at the highest settings, overall most shadows are square-ish, there is noticeable pop-in and the city does not feel as alive as we’were hopping. Players can also enable/disable Depth Of Field, VSync (do note that enabling VSync locks the framerate to 30fps) and Motion Blur.

Graphics wise, The Amazing Spider-man 2 looks average at best. Although Beenox has implemented a clever ambient occlusion effect, it is not of a high quality. Apart from the issues we reported in the previous paragraph, textures are as blurry as they can get and most of them look awful. The lighting system and shaders are outdated, the animations of all characters are mediocre, facial expressions and characters are not up to the standards set by other titles, vehicles seem blocky for today’s standards and reflections are pre-baked. To put it simple: the game looks bad, and its requirements are unjustified for what is being displayed on screen.

In order to improve the game’s visuals, we tried using SweetFX. In order to achieve a more realistic environment, we decided to desaturate it, enhance its mid-tones and shadows levels, sharpened it to overcome its blurry textures, and tweak its lighting values. The end result – we believe – is better than the vanilla version, though it’s still not as good as most other open-world titles. Those interested can download our SweetFX mod from here. The SweetFX version is on the left whereas the vanilla version is on the right.

All in all, The Amazing Spider-man 2 can be described as underwhelming. It is packed with underwhelming visuals, underwhelming dialogues, underwhelming story, is plagued with performance issues that will most probably never be resolved, has a character upgrade system that is similar to those found in other titles, and feels overall dated. While it may be fun from time to time (and let’s not forget that there are proper keyboard indicators), it cannot compete with other open-world titles. Spiderman deserves a better game, that’s for sure. 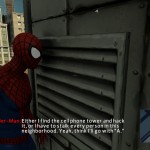 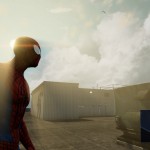 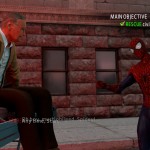 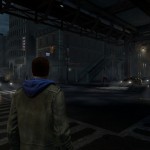 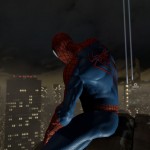 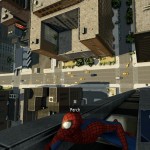