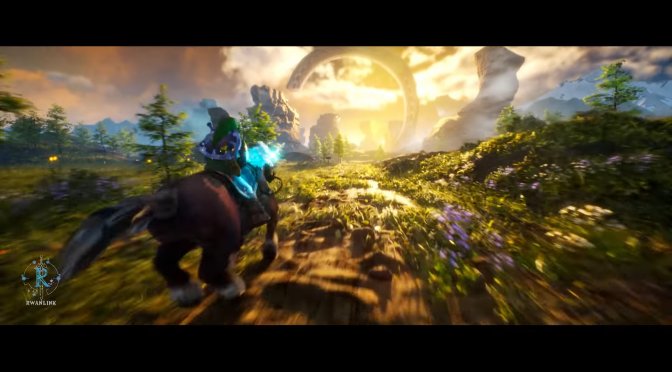 RwanLink has released an amazing real-time cinematic video of his fan remake of The Legend of Zelda: Ocarina of Time in Unreal Engine. This fan project shows what a modern-day fan remake of this classic N64 Zelda game could look like.

Going into more details, RwanLink spent more than 300 hours creating this video. In order to capture this footage, he used an NVIDIA GeForce GTX960 with 12GB of RAM. Unfortunately, RwanLink did not specify the CPU he used.

The end result is amazing and you should definitely give it a go. My only gripe is with Link’s 3D model. It looks a bit weird. In my opinion, Link’s 3D model in CryZENx’s HD remake of Ocarina of Time looks better. Apart from this nitpick, RwanLink’s remake looks really impressive.

Speaking of Zelda games in Unreal Engine, I also suggest taking a look at this fan remake of The Legend of Zelda Wind Waker. Naturally, you can also download CryZENx’s Ocarina of Time fan remake.