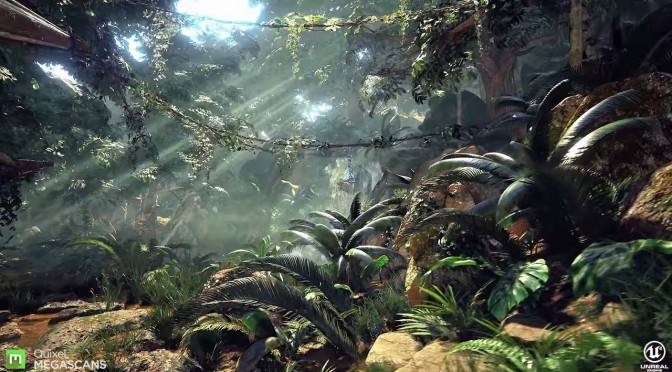 Quixel has released a new video, showing a jungle environment in Unreal Engine 4 using Megascans. Megascans is a massive online library of thousands of physically based material scans and fully scanned 3D assets. A similar ‘scanning’ technique was used in the beautiful ‘The Vanishing of Ethan Carter’ from The Astronauts. And this latest environment from Quixel looks spectacular, rivalling those CRYENGINE-powered jungle environments of the Crysis series. Enjoy!