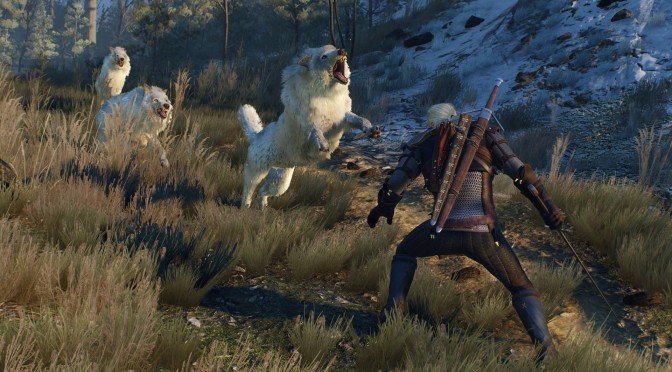 NVIDIA has released a new video for The Witcher 3: Wild Hunt, showing off its GameWorks effects that will be featured in it. According to NVIDIA, over three-dozen animals and monsters feature NVIDIA HairWorks for stunningly realistic fur and hair that moves with the creatures movement as well as environmental effects such wind.

Clothing on the monsters and Geralt move naturally even in the midst of battle, while flags, banners, and drapes that décor the towns buildings wave in the wind or with Geralt’s swinging sword nearby.

Furthermore, when Geralt unleashes his powers, debris flies about the scene.

Here is the full list of NVIDIA’s GameWorks effects that will be featured in The Witcher 3: Wild Hunt:

CD Projekt RED has provided with a review code that will unlock in a couple of hours, so stay tuned for more!