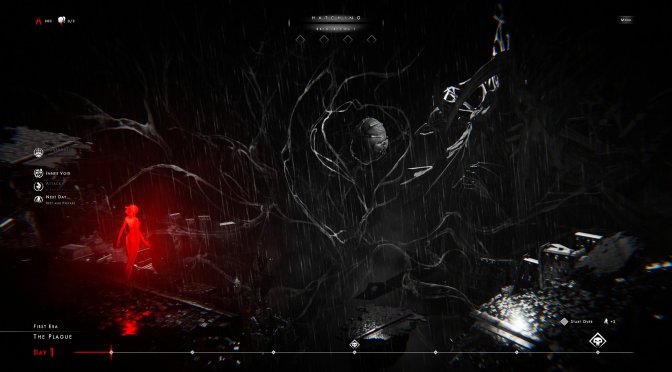 Focus Home Interactive has released a Gameplay Overview Trailer for its upcoming tactical RPG horror game, Othercide, showing off some exclusive new gameplay footage. Additionally, this trailer takes a deep dive into the tactical combat and progression systems that make up this dark indie gem.

In Othercide, the unique Dynamic Timeline System is at the core of every battle. Rather than simply controlling where and what your units do, you will also manipulate when things happen.

“Players can use Dynamic Timeline System in many ways, from interrupting an enemy attack before it even occurs, to unleashing a devastating series of combos. Death will inevitably take you. Healing Daughters requires the sacrifice of another, and your forces cannot withstand the onslaught of Suffering forever. However, there is hope: each failed run opens up new game-changing abilities, options and opportunities for the next attempt.”

In Othercide, players will explore a dying timeline. In addition, they will discover the secrets of the City and the Suffering bred within it. Players will lead, evolve and sacrifice their army of Daughters, echoes of the greatest warrior to ever live, in deadly battles against the Others and Suffering across battlefields brought to life by a unique artistic direction.

Combat in Othercide will be an intricate dance of spectacular actions and counters. Players can use the Dynamic Timeline System so they can plan ahead of time. They will also be able to set up impressive chains of abilities to outsmart and outdamage the enemy. The game also promises to feature epic boss battles against the sources of Suffering.

Othercide is coming out on  July 28th.