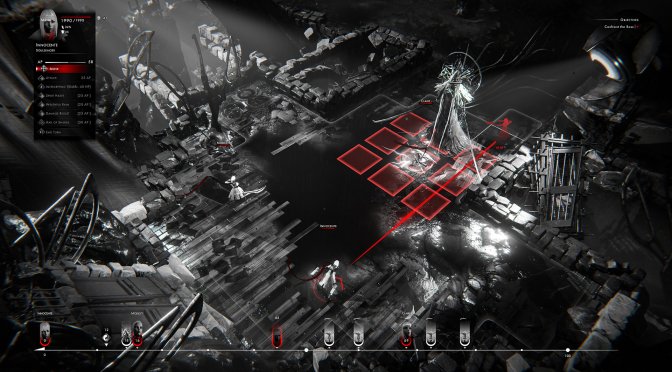 Focus Home Interactive and Lightbulb Crew have announced the release date for Othercide. Othercide is a tactical-RPG horror game set in a dark and mysterious universe that will be coming to the PC on July 28th. In order to celebrate this announcement, the publisher has also released a new trailer that you can find below.

In this game, players will explore a dying timeline and discover the secrets of the City and the Suffering bred within it. Players will lead, evolve and sacrifice their army of Daughters, echoes of the greatest warrior to ever live, in deadly battles against the Others and Suffering across battlefields brought to life by a unique artistic direction.

It’s also worth noting that players can shape the abilities and personalities of their Daughters. Furthermore, memories can change and improve each skill through customization. Players can obtain memories from re-enacting the actions of their progenitor.

Othercide will release on July 28th on Steam.