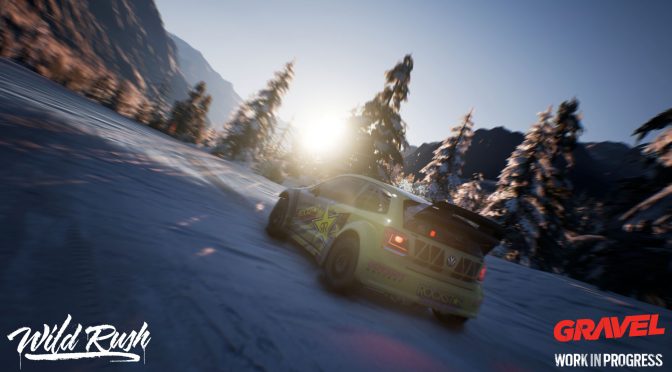 Milestone has released a brand new gameplay video for its upcoming off-road racer, Gravel, showcasing its snow weather as well as its Wild Rush mode. The game will release on February 27th and this video will give you a slight idea of what you can expect from its Wild Rush mode.

Gravel will be the first four-wheeled racing game from Milestone that will be powered by Epic’s Unreal Engine 4. As the development team has noted, the new graphics engine has made a significant impact on all areas of production, from design to graphics, thus improving creation and race development processes, modes and environments and guaranteeing incredible visual rendering.

Gravel will also feature a Career Mode. Players will be able to choose their path, improve their reputation, gain skills and beat the Off-Road Master in charge. The core of the Off-Road Master Show are the most evocative locations, all powerful cars and the fastest drivers, who will race to win over the reigning champions.

Enjoy the gameplay video and stay tuned for more!