For a long time, Minecraft was considered as the best selling PC game of all time. Well, not anymore as Bluehole’s battle royale game has managed to surpass Minecraft’s PC sales. Yeap, as of today, PlayerUnknown’s Battlegrounds is the best selling game in the history of PC gaming.

According to Steamspy’s data, PlayerUnknown’s Battlegrounds has sold more than 27.8 million copies worldwide. However, Steamspy suggests that there could be a margin of error of 160K units. If we exclude these units, we got ourselves 27.640.000 units. That’s a pretty big number right? Well, apparently that’s enough in order to position PlayerUnknown’s Battlegrounds as the best selling PC game of all time. 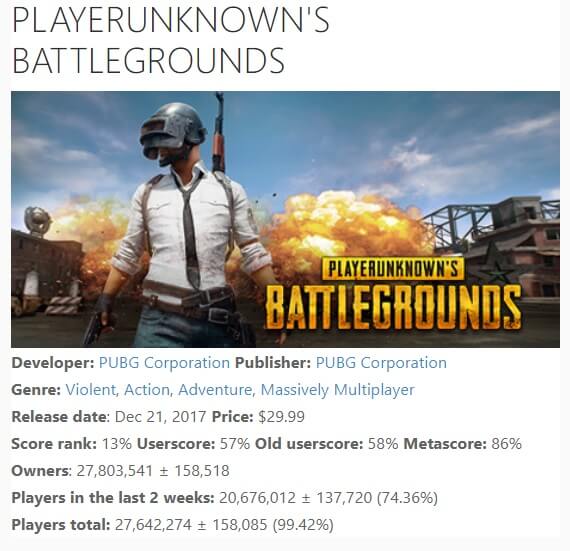 According to Minecraft’s official stats, the game has sold – so far – 27.598.163 units worldwide. That’s 40.000 units less than the minimum amount of what PlayerUnknown’s Battlegrounds has already sold. 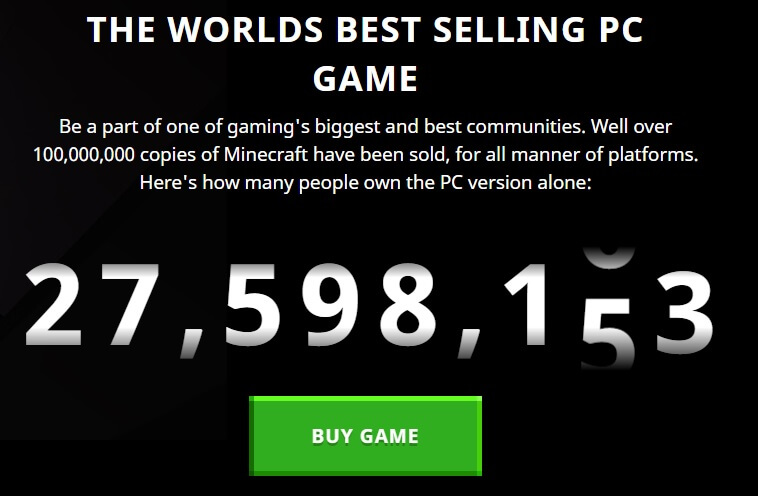 For what it’s worth, the game has managed to surpass 3 million concurrent users last month.