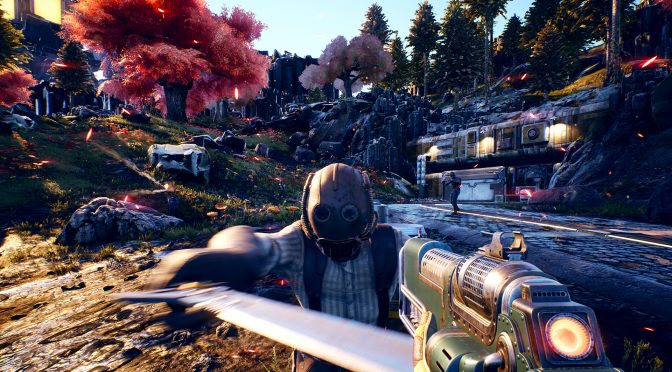 GameInformer has released a new gameplay video for The Outer Worlds. In this video, The Outer Worlds’ co-director Tim Cain and lead designer Charles Staples show off new gameplay and talk about designing a satisfying RPG combat experience (inspired by Fallout: New Vegas) for Obsidian’s next game.

The Outer Worlds is powered by Unreal Engine 4 and will be a player-driven story RPG. Your choices will affect not only the way the story develops but your character build, companion stories, and end game scenarios. New to The Outer Worlds will also be the idea of flaws. While playing The Outer Worlds, the game tracks your experience to find what you aren’t particularly good at, and this optional approach to the game will help you build the character you want while exploring Halcyon.

In The Outer Worlds, you awake from hibernation on a colonist ship that was lost in transit to Halcyon, the furthest colony from Earth located at the edge of the galaxy, only to find yourself in the midst of a deep conspiracy threatening to destroy it. As you explore the furthest reaches of space and encounter various factions, all vying for power, the character you decide to become will determine how this player-driven story unfolds. In the corporate equation for the colony, you are the unplanned variable.

The game is currently planned for release later this year.

New Combat Gameplay And Details For The Outer Worlds