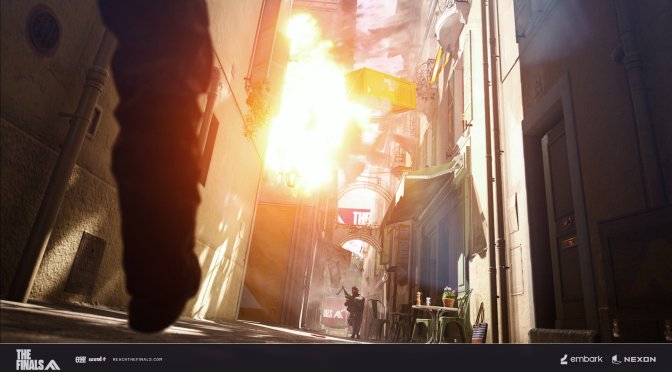 A video from the closed beta phase of THE FINALS has been leaked, showcasing 7 minutes of gameplay footage from it. THE FINALS will be a free-to-play online fast-paced first-person shooter, created by ex-DICE developers.

In THE FINALS, players will fight alongside their teammates in virtual arenas that they can alter, exploit, and even destroy. Players will also be able to build their own playstyle to “win escalating tournaments and lasting fame.”

Now while the game’s initial trailer focused on environmental destruction, you won’t see anything like that in the following video. Again, this is a closed beta leaked video, so you should not judge the game based on it.

The developers have stated that players will be able to burn arenas to the ground, send wrecking balls crashing into their opponents, and pull down buildings.

Enjoy the video (you can watch it here) and stay tuned for more!

Here is also the game’s official trailer which showcases its destruction system.