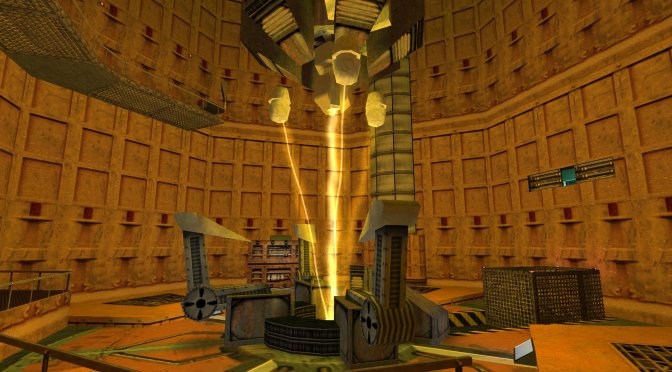 Modder ‘Hezus’ has announced a complete overhaul mod for the original Half-Life game, called Half-Life: Enriched. In addition, the modder has shared some screenshots that you can find below.

According to its description, Half-Life: Enriched aims to rework all of the original Half-Life maps in the single-player campaign. Since this mod will rework all of the maps, it will cut down on the loading mid-points by merging maps together. This will get rid of many of the issues surrounding the loading points. Additionally, it may open up new possibilities for gameplay.

Half-Life: Enriched will be also using AI-upscaling techniques in order to enhance the original textures. Furthermore, it will pack over 250 new texture variants.

Players can also expect completely reworked lighting effects. According to the modder, nearly all lights now rely on much more realistic texture lighting and have soft glow effects.

Lastly, all original models will receive an update to their texture resolution and poly count, while retaining their original 1998 style.

There is currently no ETA on when Half-Life: Enriched will come out. And as always, we’ll be sure to keep you posted.