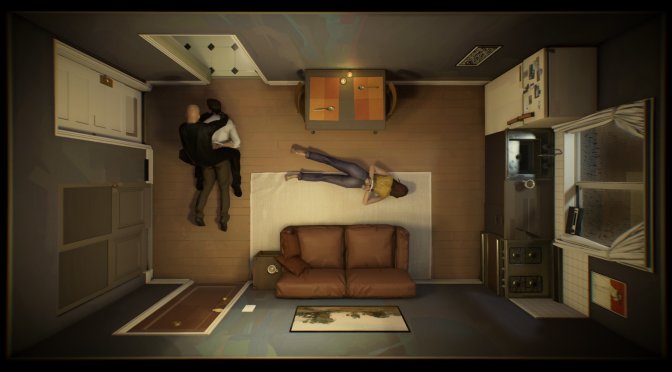 Annapurna Interactive released the launch trailer of the interactive thriller Twelve Minutes. Twelve Minutes will be releasing on August 19th, and will be available on both Steam and Windows Store.

The events of Twelve Minutes unfold during the man’s romantic evening with his wife as it is interrupted by a violent home invasion, featuring performances by James McAvoy (“the man”), Daisy Ridley (“the woman”) and Willem Dafoe (“the intruder”). Players find themselves trapped in a real-time twelve minute time loop, doomed to relive the same terror again and again – unless they can find ways to use the knowledge of what’s coming to change the outcome and break the loop.

Twelve Minutes promises to blend the dream-like tension of THE SHINING with the claustrophobia of REAR WINDOW and the fragmented structure of MEMENTO.