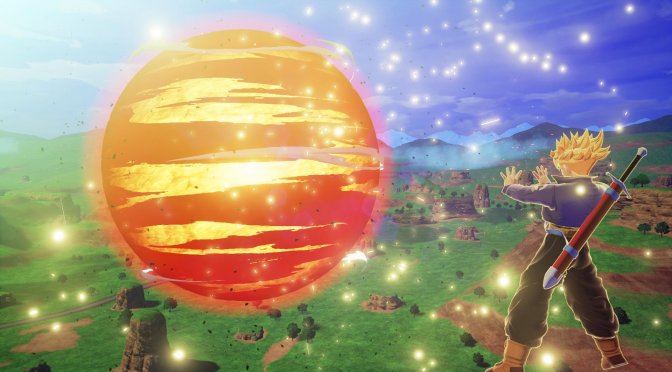 At Jump Festa 2020, Bandai Namco presented a new gameplay demo for Dragon Ball Z: Kakarot. This new demo featured the fight between Future Trunks and Metal Freeza, and below you can find a video from it.

Since I’m a big Trunks fan, this is one of my most favourite scenes in Dragon Ball Z. Of course it cannot come close to Gohan’s SSJ2 transformation, but still. And unfortunately, it appears that the cut-scene is not that great. The voice acting is mediocre and, to be honest, I was expecting way more than what is delivered here.

But anyway, I’m pretty sure that some DBZ fans will be interested in this video, so go ahead and take a look.

Dragon Ball Z: Kakarot is a new action adventure game. In this new DBZ game, players will fight, fish, eat, and train with Goku, Gohan, Vegeta and others. Players will explore the new areas and adventures as they advance through the story and form powerful bonds with other heroes from the Dragon Ball Z universe.

The game will also present resolutions to long unanswered questions. Not only that, but it will also feature some filler episodes, so things will get kind of interesting in some of them.