According to the report, Red Dead Redemption 2 sold 408K units as a first-month exclusive on the Epic Games Store. SuperData noted that these figures pale in comparison to other exclusive launches like Borderlands 3. Speaking of Borderlands 3, Gearbox’s title sold 1.78 million units in its debut month.

Furthermore, and according to Steam Charts, the game has sold so far between 200K and 500K copies on Steam. Now there is a possibility that most PC gamers bought RDR2 on Rockstar Launcher instead of EGS or Steam. Still, it will be interesting to see whether its PC sales we’ll increase over time.

In other news, consumers spent $9.5 billion digitally across all games in November. Combined spending across console, PC and mobile was up 5% compared to the same month last year thanks to a 20% year-over-year increase in mobile spending.

Lastly, here are the top selling games for PC and consoles in November 2019. 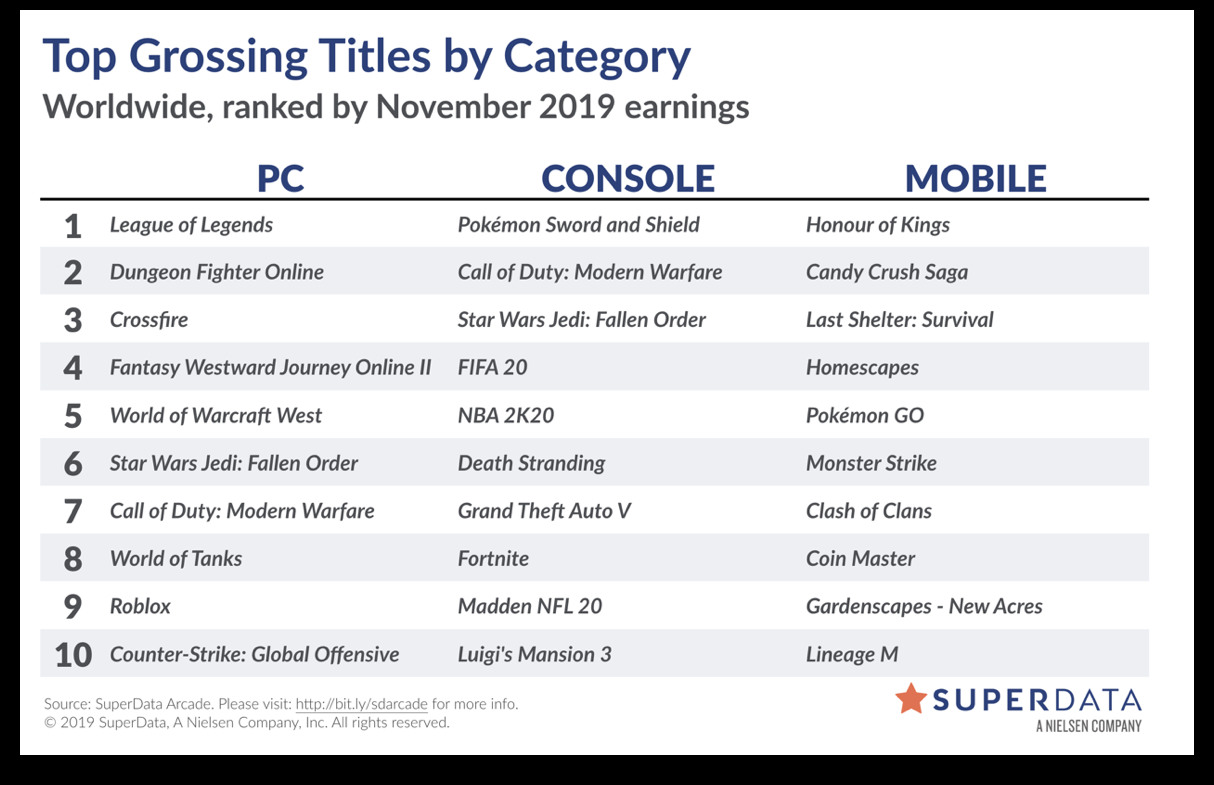