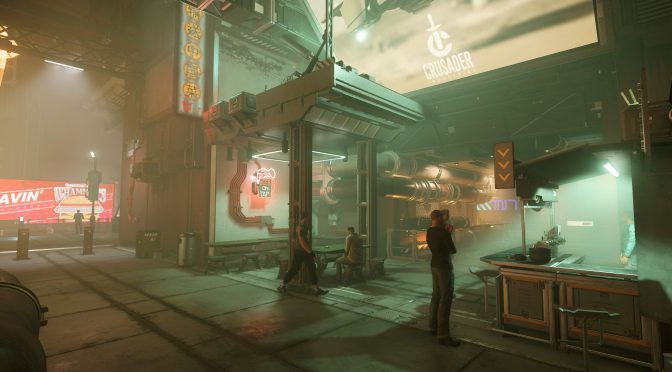 Cloud Imperium has announced that Star Citizen Alpha 3.8 – New Frontiers is now available to all backers. According to the team, Alpha 3.8 is a massive update to the Star Citizen Universe with additions spanning technology, progression and content.

Alpha 3.8 also debuts the first iteration of “Server-side Object Container Streaming” (SOCS) technology that automatically divides the game universe into “Object Containers” that the game’s servers load based on player activity, rather than loading the entire massive universe. SOCS will not only improve performance on the server by dynamically loading only what the server needs at that given moment. Moreover, they will enable the game to contain and present exponentially more content to players as it is only updating what it needs to.

Alpha 3.8 also adds the icy planet microTech, multiple missions designed for cooperative group play and more. On the content side, 3.8 literally pulls no punches, with the addition of melee combat to Star Citizen. Players can equip melee weapons and use their fists for stealth takedowns, or engage in melee combat using multiple attacks, dodges and blocks. Players can also enjoy a plethora of new missions, including several designed specifically for player groups.

“I couldn’t imagine a better way to close out the year for Star Citizen than by adding both major technology like Server-side Object Container Streaming, our new procedural planet technology: Planet Tech v4, as well as new gameplay and features like melee combat and content such as the ice-planet of microTech. While we have a lot of additional features and content in the pipeline I’m incredibly excited about what our players can experience in Star Citizen today.”

Here are the main key features of Star Citizen Alpha 3.8: