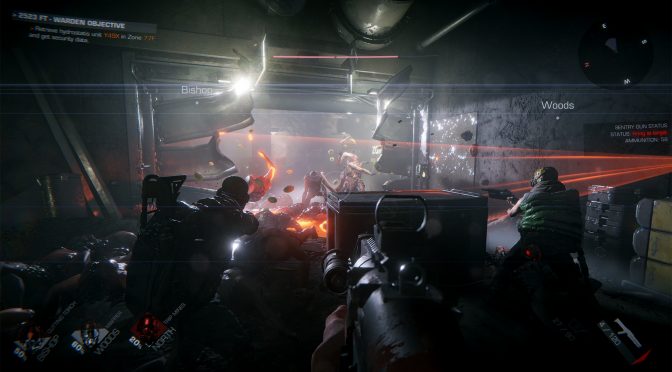 As promised, 10 Chambers Collective and IGN have shared a video showing 15 minutes of brand new gameplay footage from GTFO. GTFO is a four-player PvE first-person shooter and this video will give you an idea of what you can expect from it.

In GTFO, players get to play as a team of scavengers. Scavengers are forced to explore and extract valuable artifacts from a vast underground complex that has been overrun by monsters. Players will gather weapons, tools and resources to help them survive. Players will also work to unearth the answers about their past and how to escape.

From the looks of it, GTFO draws minor inspirations from the Aliens movie. For instance, there is a motion/enemy tracker and a weapon similar to the smart gun. The game’s environments also have a “Ridley Scott-ish” feel to them.

GTFO’s game’s story will not unfold via the traditional story campaign mode. Instead, the story will evolve through free continuous updates of the game.