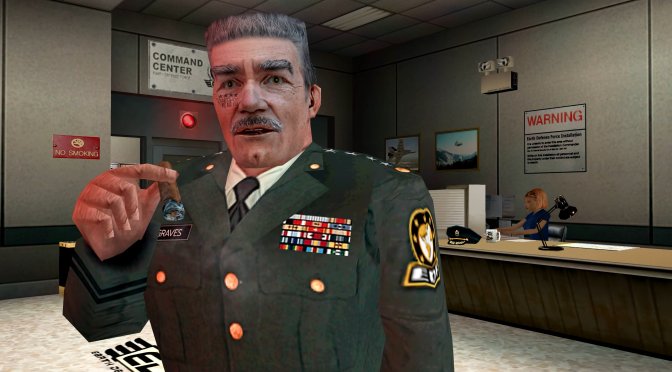 Duke Nukem Forever’s E3 2001 trailer is one of the most iconic video-game trailers of all time. Although this was only “smoke and mirrors“, it’s a trailer that hyped the game to extreme heights. And now, thanks to its leaked 2001 build, Burning Fish Gaming recreated the entire trailer using in-game assets in 4K.

Burning Fish Gaming has used the leaked 2001 build of Duke Nukem Forever in order to recreate this trailer. Additionally, they used camera angles that are very similar to the ones used in the original trailer. Thus, the end result is a perfect remake of that trailer that you can enjoy in full 4K.

Now as you will see, some scenes exhibit graphical glitches. This is to be expected as the leaked build is unfinished. Nevertheless, it’s really cool watching this classic trailer without its awful video compression. After all, in 2001, most publishers were releasing low-resolution versions of their trailers (at least by today’s standards).

You can download Duke Nukem Forever’s 2001 build from here. As said, this is an unfinished build, so you should temper your expectations. However, and since this version is already out, it will be really cool if modders get their hands on it in order to further polish and complete it.