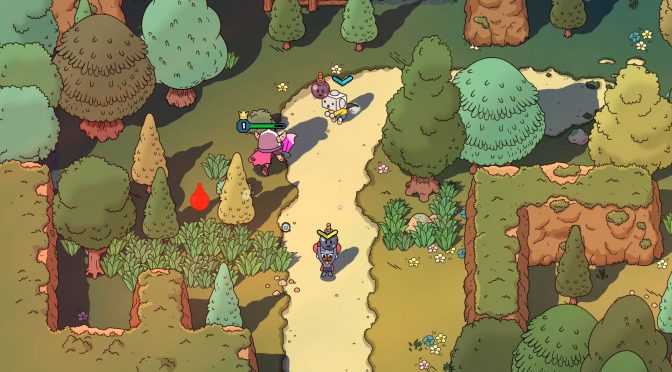 Devolver Digital has shared a new video, showing 12 minutes of gameplay footage from the E3 2017 build of The Swords of Ditto. The Swords of Ditto is described as a compact action RPG that creates a unique adventure for each new hero of legend in the relentless fight against the evil Mormo. Players will explore a delightful but dangerous overworld, brave menacing dungeons, and improve your hero in a charming village, during your quest to overcome the evil that plagues the island.

Players will become one of the legendary heroes of the Island of Ditto and battle through each unique legend alone or alongside cooperative companion. Each legend becomes their own as every success and failure are recorded in the tomes of Ditto and have an effect on subsequent adventures. Heroes will also be able to find the monuments and even loot from the adventurers that came before them to take along on their crusade.

The Swords of Ditto is currently planned for an early 2018 release.