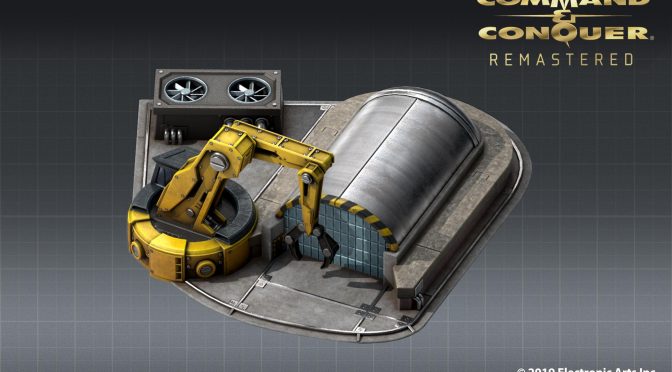 Electronic Arts has released the first screenshot from Command and Conquer Remaster, showing the newly designed Construction Yard. This screenshot will give you an idea of what the development team aims to create.

“Our primary goal with the visual approach is to maintain the authenticity of the original in-game asset. It’s worth calling out that if there’s a conflict between the in-game asset, cinematic asset, or UI portrait, we’re always going to side with the in-game asset. That being said, if there are opportunities to pull in details from the cinematic footage to enhance an asset, we’ll do our best to incorporate those details. A good example here would be the blue pattern / texturing on the Con Yard door (Inspired by the classic Con Yard unpacking cinematic).”

Electronic Arts is currently approaching the conclusion of its pre-production phase. The publisher had already claimed that this Remaster will not feature any micro-transactions so it’s quite interesting witnessing two EA games, Star Wars Jedi: Fallen Order and Command and Conquer Remaster, releasing without any microtransactions.

Below you can find the remastered Construction Yard, as well as its original version.