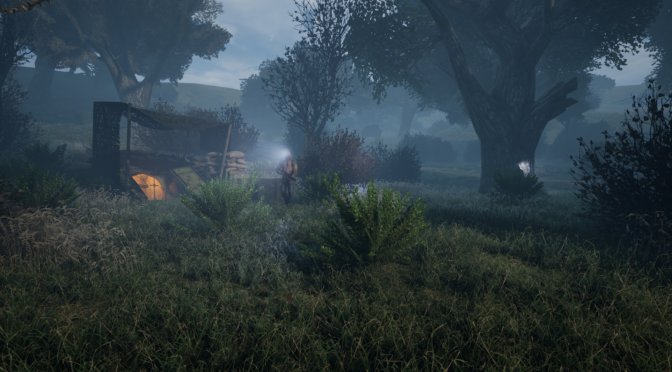 Modder ‘Ivan_Sorce’ has shared some new screenshots from his upcoming remake of the first STALKER game in Unreal Engine 4. These screenshots showcase the Rookie Village that Ivan Sorce is currently implementing in his fan remake.

In case you weren’t aware of, this STALKER Remake in UE4 aims to retain the atmosphere of the original game. Though we don’t know how many sections from the vanilla game it will have, its creator is aiming for authenticity. We also don’t know whether it will support any modern-day UE4 features, like real-time ray tracing effects.

Ivan_Sorce has been working on this project for quite some time. We first reported on this fan remake in May 2019. Since then, the modder has not received any C&D letter from GSC GameWorld. As we’ve already reported, STALKER 2 will be using Unreal Engine 4, so perhaps the team is fine with such recreations?

Either way, this is a huge project for a single developer, so I strongly suggest tempering your expectations. My guess is that we may get some maps/levels, alongside some enemies from the first game to fight (with basic AI). I really don’t know whether the modder will implement an inventory system, and whether this remake will have any loot mechanics.

Nevertheless, and since GSC GameWorld does not plan to release an official STALKER Remake, this fan project is something that may interest some STALKER fans.

There is currently no ETA on when this fan project will come out. There is also no word on whether we’ll get a demo for it.