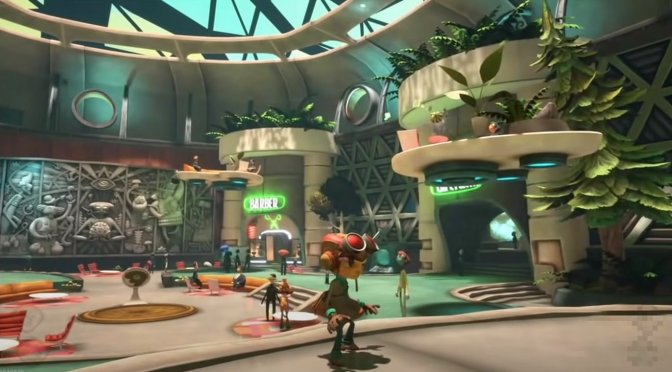 It’s been a while since we last heard anything at all about Psychonauts 2. The game has missed its 2019 release date and there is currently no ETA on when it will come out. Still, some new low-quality in-game screenshots for it have been leaked.

Psychonauts 2 will carry on the legacy of Psychonauts in a meaningful and special way and Raz will hone his secret agent PSI-abilities—and learn new ones too—using them to solve mysteries and uncover evil plots.

The game will feature a new hub world inside Psychonauts HQ. Players will access new mental worlds as Raz peeks inside the minds of a host of new characters who need his help to combat their inner demons and unravel their deep-seated emotional issues.

Again, these are really low-quality screenshots so they don’t really represent the final product. Still, they can give you an idea of the game’s art style. They can also give you an overall idea of what the game’s latest build looks like.