A few hours ago, we informed you about Dead Island 2 and Saints Row 5 coming exclusively on Epic Games Store. And apparently, some new details about Epic’s store have emerged due to the ongoing legal battle between Epic and Apple.

According to some leaked court documents, 7% of users who claimed a free game on Epic Games Store purchased something after that. This shows that a large number of EGS owners are simply using the store for its free games and nothing more. 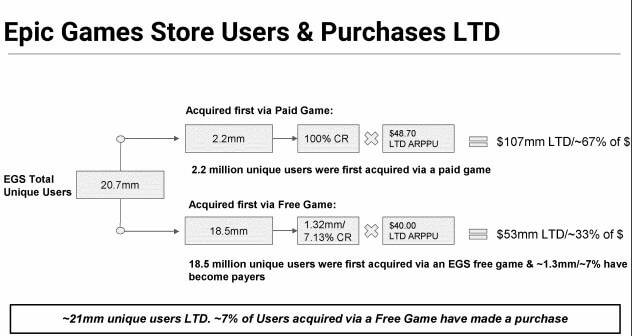 Additionally, a document shows the Buyout Prices for the developers who participated in the Free EGS games program for the first 9 months. While this document does not include Grand Theft Auto 5, it can give you an idea of what is going on with Epic’s free games program. 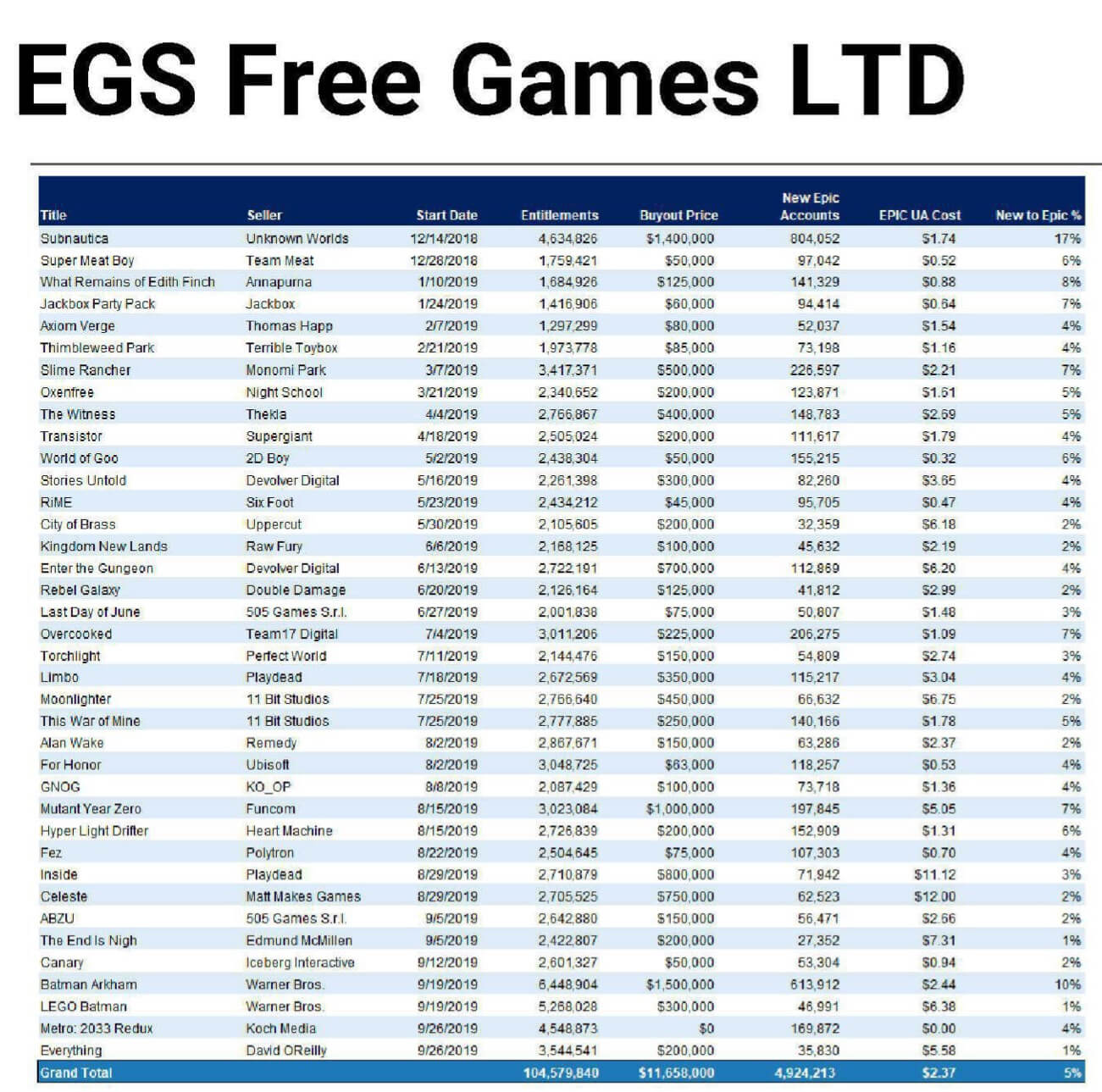 From what we can see, Epic spent $11.5 million and gained 5 million accounts.

The game which was claimed by most players in these first 9 months was Batman Arkham. LEGO Batman is second, followed by Subnautica and Metro 2033 Redux.