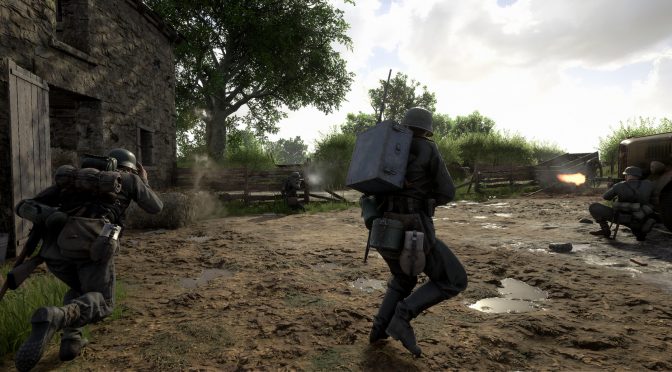 As always, we’ve included MSI Afterburner in order to give you an idea of how the game runs on NVIDIA’s most powerful gaming graphics card. And unfortunately, the NVIDIA GeForce RTX2080Ti is unable to offer a 60fps experience in 4K/Epic settings.

Hell Let Loose is in Early Access, which is why we won’t be focusing on its performance. We’ll have a proper PC Performance Analysis once the game leaves Early Access and fully releases.

Currently, the game does not use any low level API, like DirectX 12 or Vulkan, and it suffers from major optimization issues, especially inside towns and when there are big firefights.

Now while the game has major optimization issues, it looks absolutely stunning. The environments are full of details and the grass is particularly impressive. The lighting system is, for the most part, great (there are some shortcoming here and there), and Black Matter has used really high quality textures (our guess is that they are using photogrammetry). The characters models are also detailed bu they cannot come close to what we’re seeing in other triple-A games. Despite that, Hell Let Loose looks stunning.

Here is hoping that the developers will be able to optimize the game without sacrificing its visuals.