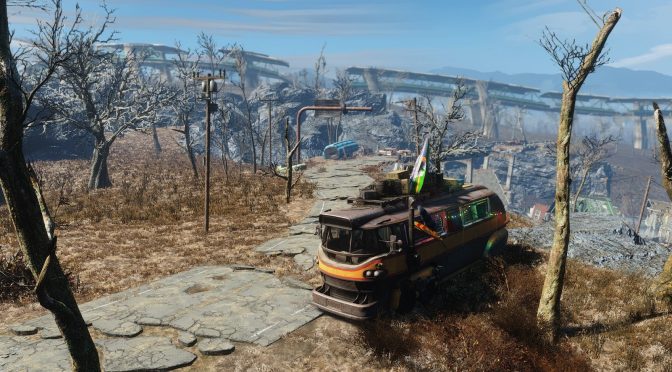 In its current state, the mod does not feature any NPCs, enemy encounters or quests. Still, the modder aims to further polish this early version by adding NPCs and new areas in future updates.

To play Fallout Miami Early Version, you will need the base Fallout 4 game and all the official DLCs. If you don’t own everything, the game won’t show objects used from the DLCs correctly.

Those interested can download Fallout Miami Early Version from here. Once you install the mod, those that want to access the new Miami worldspace will need to go at the southeastern part of the Commonwealth where they will find a bus. Players will have to pass the new small town and find it parked in front of the tunnel. When you find it, you’ll just have to use the bus door to travel to Miami. Or you can just press ~ on your keyboard and type the command “cow miami 1, -1”.

Below you can also find some screenshots from this early version of Fallout Miami.