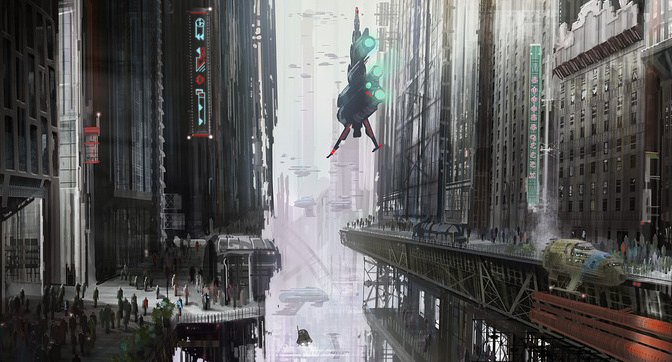 Valve is well known for its Half-Life and Portal video-game series. However, it appears that the company was working on a space pirate game, called Stars of Blood, and below you can find some concept arts from it.

Unfortunately, and other than these leaked concept arts, we don’t have any additional details about this game. In 2012 confirmed that the game was no longer in development. So yeah, this is one of Valve’s experimental games that never saw the light of day.

These leaked concept arts show a variety of environments. The game would feature deserts, as well as dystopian cities. My guess is that Valve would also go for an open-world game.

So, while these concept arts look awesome, I don’t think the technology back in 2012 was up for something like that. Sure thing, we got Far Cry 3 in 2012, however, Stars of Blood seems more like a Star Citizen game. Keep also in mind that in 2012, Valve released CS: Global Offensive; a game that wasn’t exactly pushing the graphical boundaries of PC graphics.

But anyway, I’m assuming that these concept arts may interest some Valve fans, so go ahead and take a look at them.

Kudos to Obscure Game Aesthetics for sharing them!