Let me start by saying that Starbreeze is a talented studio. After the amazing Chronicles of Riddick and the first Darkness game, we were expecting big things from them. However, something is really off with their latest games. The Chronicles of Riddick: Assault on Dark Athena was not something special and Syndicate feels like a generic FPS that basically mixes Deus Ex: Human Revolution’s style and FEAR’s combat mechanics. But we are not here to judge its gameplay. And ironically, although the game feels like a big let down, its game engine is awesome and performs great on the PC.

As usual, we used an overclocked Q9650 at 4.2Ghz with 4GB RAM, a GTX 295, Windows 7-64Bit and the latest versions of the ForceWare drivers. Thankfully – and contrary to Alan Wake’s case – Nvidia has already included an SLI profile, therefore you won’t have to mess around with Nvidia’s Inspector Tool to enable it. Not only that, but the SLI scaling is great. Syndicate uses a proprietary graphics engine created by Starbreeze and used in their earlier Chronicles of Riddick games. Although it’s heavily modified, it does not stress even middle-range PC configurations.

The game has a 200FPS cap and most of the times we were averaging above 100FPS. That was with max settings at 1080P and 2xAA. There were rare occasions of CPU limitations, even with our Q9650 clocked at 4.2Ghz, however, our framerate was always above 70FPS. We tried the game with only one core and got around 40-80FPS. This basically means that a single GTX275 is enough for this game. Of course, you can push AA to even greater settings to get rid of all those jaggies that are present. By doing this, you’ll eventually get GPU limited, especially if you don’t own a top of the line graphics card. 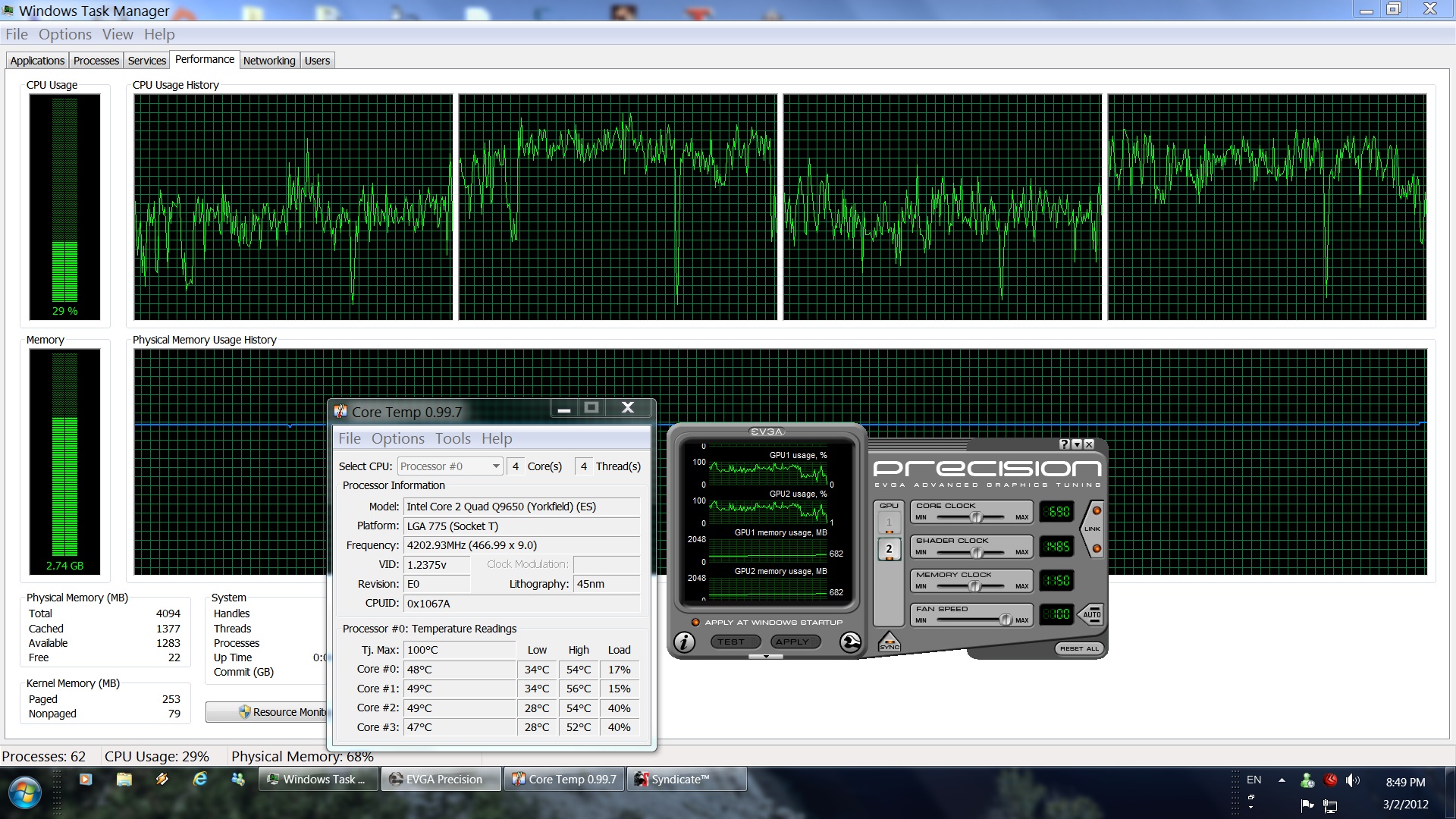 Syndicate PC scales well with quad-cores. We’ve noticed a 9-10fps hit when we tried to simulate a dual-core system. However, we can’t justify this performance decrease as the environments are simple, the AI is mediocre at best, and there aren’t a lot of NPCs on-screen, even on public places like the clubs. Still, our framerate remained above 60fps at all times. This basically means that you’ll either need a quad-core or an overclocked dual-core to enjoy this game. Naturally, Intel’s iX CPUs perform better due to their more efficient architecture. Syndicate PC performs great, there is doubt about that, and it’s a really optimized title. There is no stuttering, no mouse acceleration, and you’ll get keyboard on-screen indicators. We’d like though more graphical options.

Graphics wise, the game feels generic and there is nothing extraordinary to write home about. This is mainly due to Syndicate’s empty and uninspiring environments. Seriously, the level design is so last-gen that is laughable at best. Syndicate features small levels (especially when you’re coming from games like Alan Wake with its huge environments) and most of them feel empty. Most of the characters are quite detailed and are composed of a nice amount of polygons. They could be better, but we’ve seen worse characters in other games. The same thing can also be said about the animations. They are good but nothing to get excited about. Moreover, the game’s textures are not as detailed and high-res as we’d hoped to. 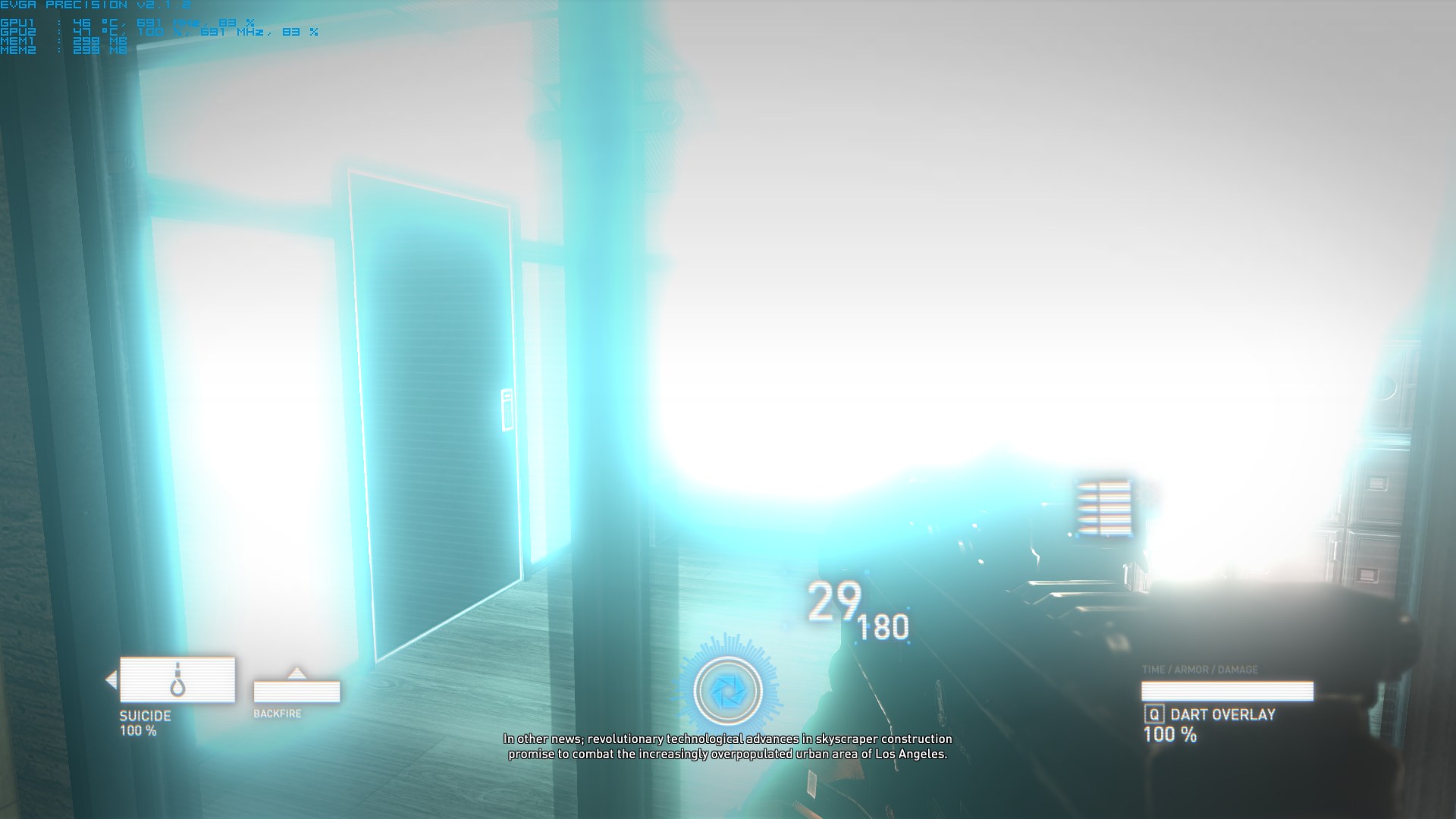 And the lighting is all over the place. I seriously don’t know what the developers were thinking, but the bloom effects are overdone. We’ve captured a screenshot that showcases those atrocious bloom effects. View it for a few seconds. Come on, go ahead. I can guarantee you that your eyes will hurt. There is a workaround for it by using some console command lines to disable the post-process effects. However, you will lose other effects too like the GodRays. Last but not least, there is no FOV slider and the game feels awkward, as it’s using – by default – a small FOV setting.

All in all, Syndicate PC performs amazingly well but does not have anything special to offer. The game scales great with quad-cores and there is a 10fps difference between them and dual-cores that are clocked at the same frequency. Syndicate PC will definitely run without performance issues to a lot of middle-end PC configurations. Be advised though that this is not the Syndicate you fell in love with. 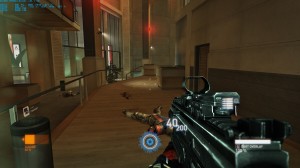 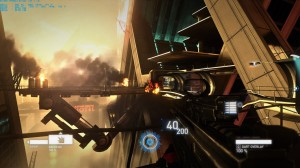 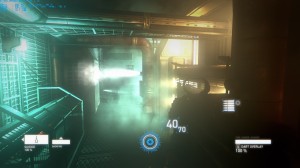 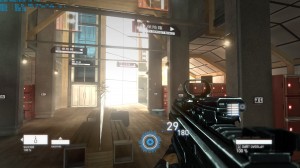 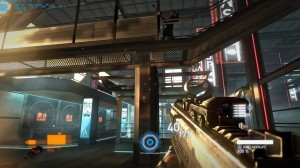 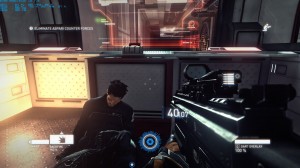 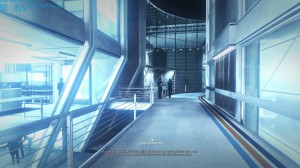 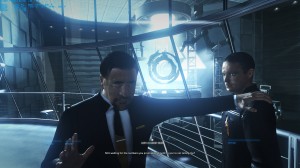 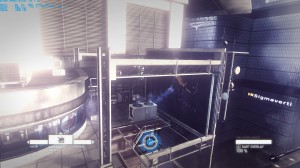 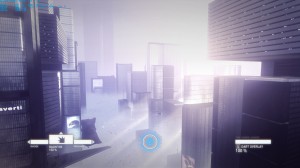