The latest issue of the GameInformer magazine came out and with it, we got some new details about Ubisoft’s upcoming Assassin’s Creed title. According to the magazine, Assassin’s Creed III will use a new game engine that will sport lots of NPCs simultaneously on screen, along with highly detailed face close-ups. Players will take the role of a new hero called Connor/Ratohnhake:ton, who has an English father and a Native American mother.

We’ll try to avoid spoilers, so we won’t share much information about the game’s story. We can tell you though that the game is set between the years 1753-1783 and is
centered around the cities of Boston and New York.

The main character has thousands of new and unique animations, while a new combat system will be introduced. Combat is focused on putting you on the offensive and based on speed/momentum.

There will be all sorts of wilderness in the game referred to as the Frontier. The map of the Frontier is 1.5 times bigger than the entire map of Brotherhood and what’s interesting here is the fact that the Frontier will not empty like in Assassin’s Creed 1. This time around, Ubisoft decided to feature a third of the game’s missions and gameplay content into that ‘exploration’ area.

The entire world will change with seasons, so the cities and the wilderness will all exist in both Summer and Winter settings. Moreover, the wilderness traversal plays a big part in the gameplay in the Frontier, allowing you to use trees, cliffs, ledges, and more to set up kills and combat. Oh, and did we mention that you can hunt animals for resources and that Connor has a hidden blade like all previous assassins?

Naturally, we’ll be able to see more about Desmond and the things that are happening around him.  There will be more platforming levels and a new Animus database is present, called Animus 3.0.

Last but not least, a fast travel system will be present. A new sprinting system and a new dynamic camera are also confirmed. Furthermore, there are around 2.5 hours of character scenes in the game that are fully acted and recorded.

Ubisoft will unveil more about Assassin’s Creed III on Monday. Hopefully we’ll get a video or a trailer for it, so stay tuned for more! 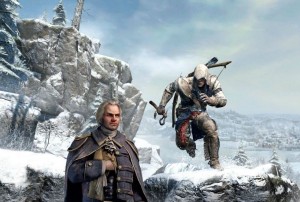 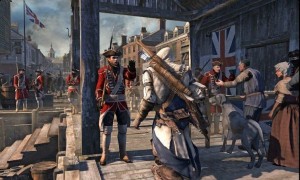 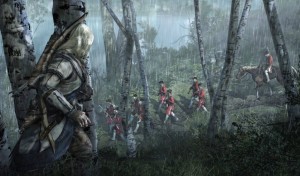 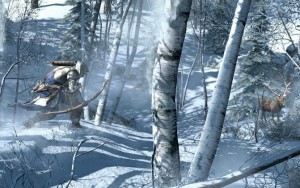 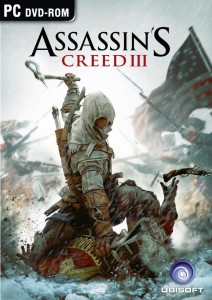