Let’s get one thing straight from the beginning; NFS: Most Wanted is a mess. Seriously now, this is perhaps the worst console port of 2013, and could very well rival Dark Souls: Prepare To Die Edition in terms of how un-optimized it is for the PC platform. Of course, this could very well change with a proper PC patch. However, this seems unlikely and that’s precisely why we decided to give Criterion some extra weeks before bringing the hammer down on it. Yes, Need For Speed: Most Wanted is an awful port and has major tech issues.

As always, we used an overclocked Q9650 (4.2Ghz) with an Nvidia GTX295, 4GB RAM, Windows 7-64bit and the latest version of the GeForce drivers. Unfortunately, Nvidia has not included any SLI profile for it. According to the green team’s Forums Technical Advisor, ManuelG, Need For Speed: Most Wanted is a CPU bound game and due to how it is programmed, players may actually see lower performance in SLI mode than single GPU. In addition, Nvidia does not have plans to release an SLI profile for this game. Ironically, though, ManuelG is wrong as Need For Speed: Most Wanted does not stress the CPU at all.

As we can see, the game scales on quad-cores but does not stress them to the slightest. When we tried to simulate a dual-core system, we did not notice any additional performance hit, meaning that NFS: Most Wanted is fully playable on simple dual-core systems. In other words, ManuelG is wrong and Criterion’s racing game relies heavily on the GPU.

SLI owners can use Nvidia’s Inspector Tool to add an SLI profile (0x000200F5), however scaling is not as good as we’d hoped to. Both of our cores were working at around 50-58%, meaning that the overall performance was similar to the one in Single-GPU mode. A GTX275 will offer you an experience similar to consoles, though you will be able to push the resolution to 720p and use the SweetFX Shader Suite to – somehow – improve the visuals. 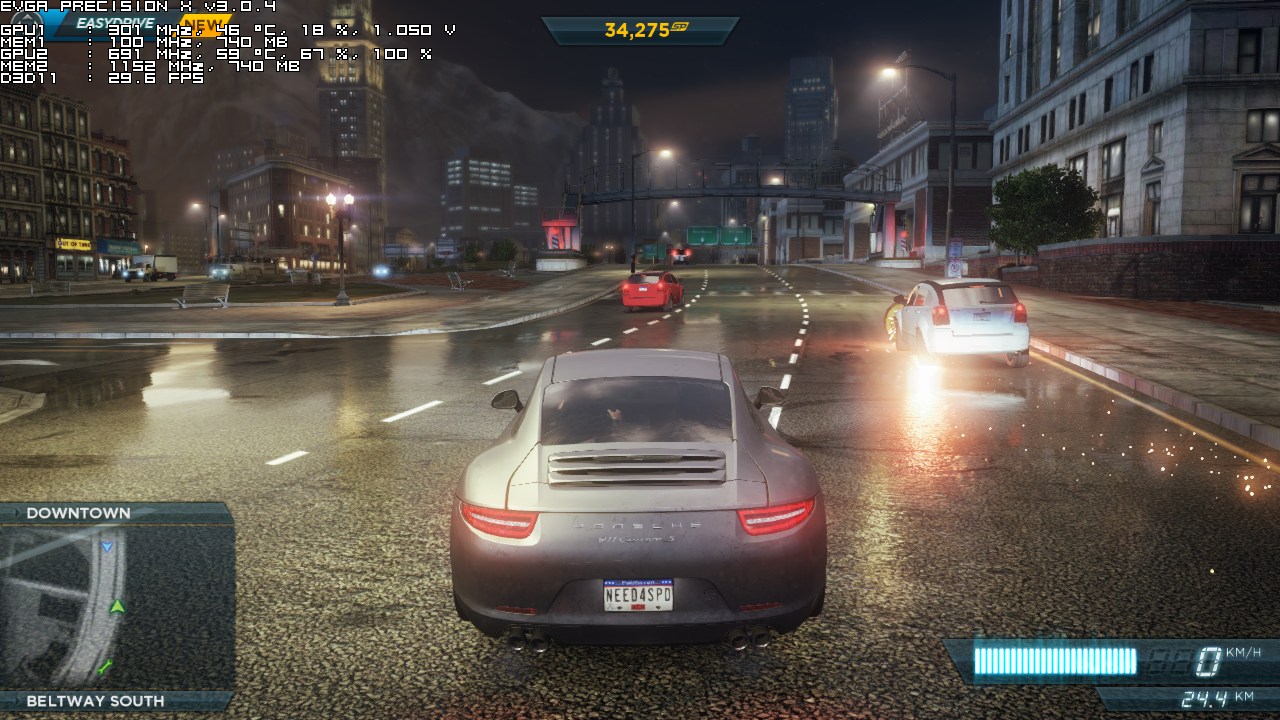 The really weird thing here is that – even with Geometry Detail set to Low – the game was running with 30fps most of the times, no matter what. Take for example the screenshot above. In that particular scene, our GPU was underused for no apparent reason. As we saw, NFS: Most Wanted does not stress the CPU, so the big question here is what is causing this abysmal performance. In our opinion, Criterion has really messed up the game’s engine in order to make it run on consoles at 30fps, and that’s the result of those ‘efforts’. What’s even funnier is the fact that Criterion was claiming a 300% performance boost for its DX11 renderer over the older DX9 one. Does this mean that Most Wanted ran with single-digit numbers in DX9? Good God if that was the case. Ironically, the previous Need For Speed game that was developed by Criterion was performing fine, without major slowdowns. So how come Most Wanted runs so badly on the PC? Well, the answer is simple; due to poor optimization.

All in all, Need For Speed: Most Wanted is a total mess. Graphics wise, there is nothing to justify its GPU hardware requirements. But that is irrelevant as most of you will be gaming at 30fps (provided you enable all graphical settings). We tried to see what it would take to have a constant 60fps experience, and in order to achieve that, we had to completely disable the shadow quality, lower both Geometry and Reflections Details, and disable Ambient Occlusion. Needless to say that the game looked awful with those settings. There is something wrong with the game engine and those aforementioned settings seem to be the culprit behind its awful performance. It’s obvious that this racing game needs a patch, though we are not sure whether Criterion will decide to address its performance issues. For the time being, avoid it at all costs. 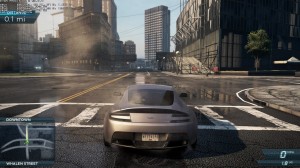 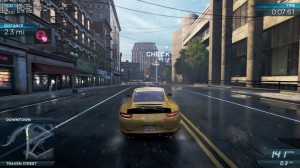 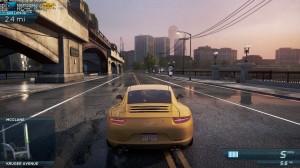 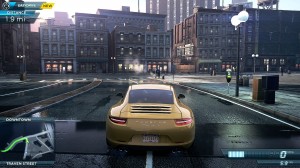 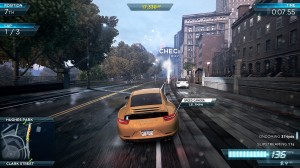 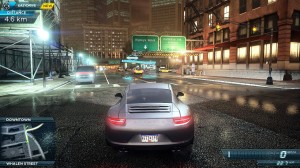 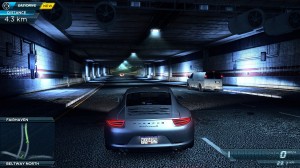 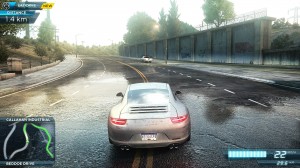 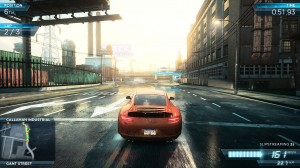 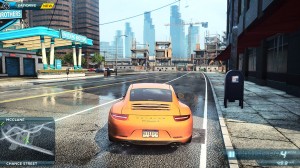 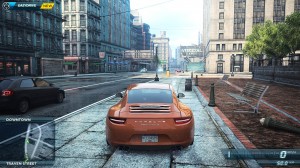