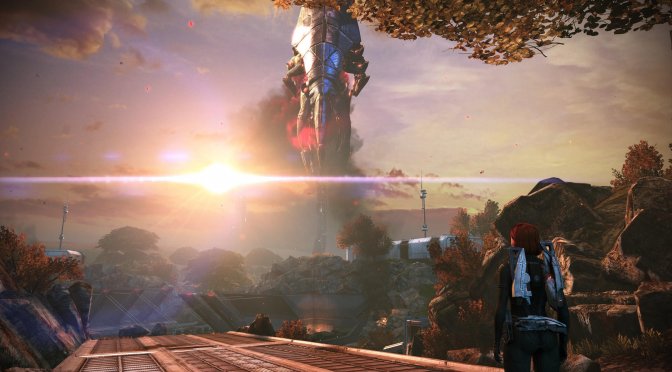 As we’ve informed you back on May 1st, Mass Effect Legendary Edition would be getting a day-1 update. While Electronic Arts and Bioware did not share its full changelog back then, they did share it yesterday. Thus, it’s time to see what changes and improvements this day-1 patch brings to the table.

According to the release notes, the day-1 update improves iris shaders for better interaction with light and ambient occlusion. It also packs minor calibrations, fixes, and stability improvements. Furthermore, it comes with specific improvements for all three games.

This patch improves terrain textures in Mass Effect. It also fixes an issue where kills for achievements/trophies weren’t tracking correctly.

In both the first two games, this patch resolves an issue where the character code would sometimes not display in the squad menu. Additionally, it features improvements to pre-rendered cutscenes to reduce occasional artifacts.

In Mass Effect 2, this day-1 update improves lighting and shadows in some cinematics. It also packs minor visual, rendering, and VFX improvements on some levels, and resolves minor text issues with achievements.

Lastly, in Mass Effect 3, it fixes an issue where kills for achievements/trophies weren’t tracking correctly.