DICE has just released the first update for its latest BF game, Battlefield 2042. According to the release notes, this patch implements Server Side upgrades that aim to reduce instances of Rubber Banding. Moreover, it reduces instances of stuttering when playing on Breakaway (something we mentioned in our PC Performance Analysis).

Moreover, this update enables Specialist Selection in Hazard Zone via mouse interaction. It also provides a fix for Hazard Zone players who were not seeing their Extraction Streaks updating correctly. Additionally, it fixes a rare occurrence in Hazard Zone that would sometimes cause the End of Round flow to not activate correctly.

As always, the Origin client will download this update the next time you launch its client. Below you can also find its complete changelog. 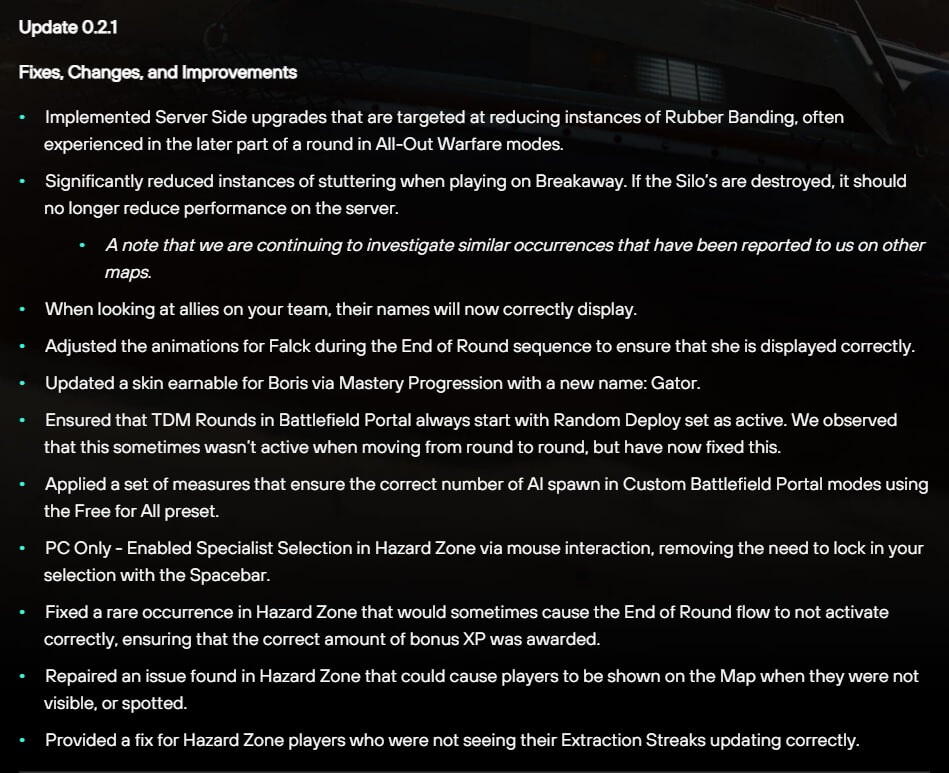